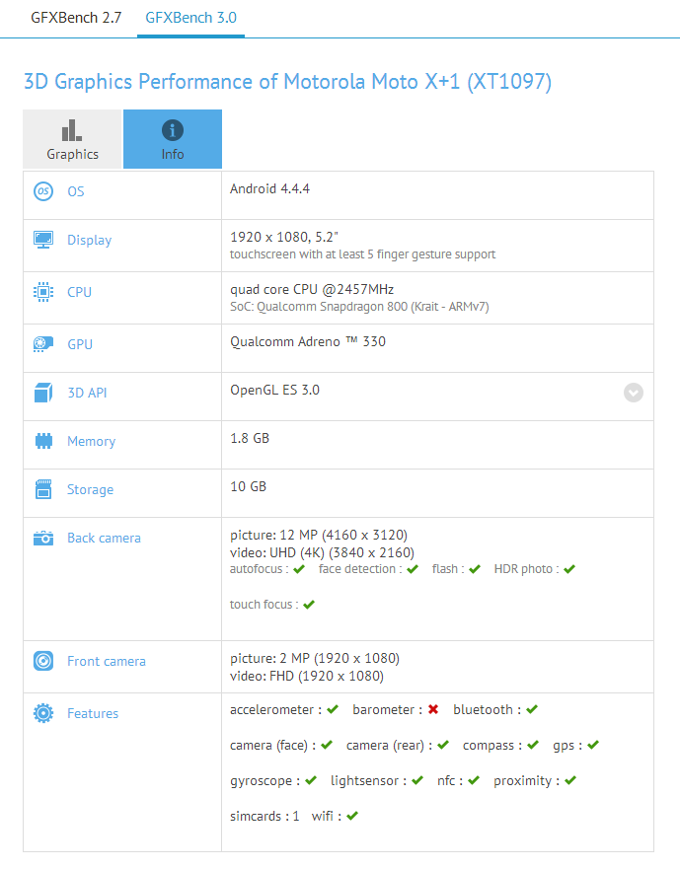 We have been hearing quite a lot about the upcoming Moto X+1 flagship recently, and today, the device has finally stopped by GFXBenchmark. This give us a sneak preview of what to expect from this much anticipated handset.

Unlike the Moto X, the X+1 packs a larger 5.2″ HD display which has Android 4.4.4 KitKat running out of the box. Other key specs include a 2GB RAM, 10GB usable storage, 12MP rear camera capable of recording UHD video quality, as well as a 2MP front camera at the front for selfies.

Although Motorola has yet to unveil its pricing, but rumors have been suggesting that the Moto X+1 will be an affordable smartphone built for the mass. If nothing goes wrong, the Moto X+1 should be officially announced in September next month.

How to root Zopo ZP590 using the vroot program