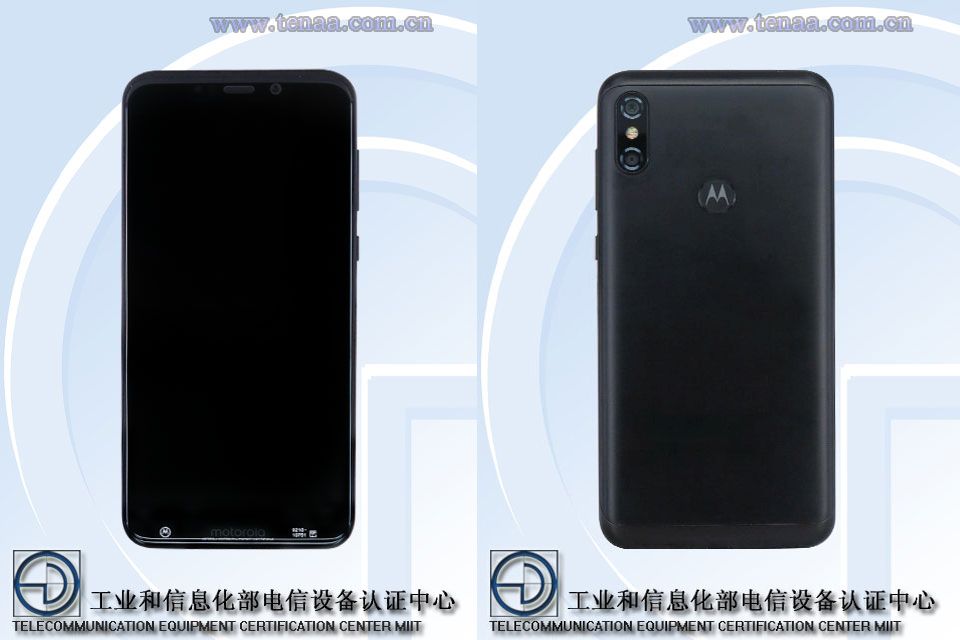 Motorola Moto Z3 Play and Moto E5 Plus are going to launch soon in China as they appeared on the website of TENAA regulatory body. These phones have already unveiled in other markets. TENAA also has a listing for an announced Motorola phone that has a model number of XT1942-1. Recent reports surrounding the XT1942-1 and its TENAA images suggest that it is the upcoming Motorola One Power Android One smartphone

The TENAA listing has revealed that the XT1942-1 smartphone measures 155.8 x 75.9 x 9.98mm and it has a weight of 170 grams. The handset will be arriving in China in color choices such as black, white, gold and silver. It features a notched screen that measures 6.18 inches. Because of the notch, the display offers an aspect ratio of 19:9 and Full HD+ resolution of 2246 x 1080 pixels like the ASUS ZenFone 5Z smartphone.

The Motorola One Power is fueled 1.8 GHz octa-core processor which means it could be fueled by the Snapdragon 636. It is likely to arrive in China in variants like 32 GB storage + 4 GB RAM and 64 GB storage + 6 GB RAM. The other features of the smartphone include Android 8.1 Oreo, 16-megapixel + 5-megapixel rear snapper, 8-megapixel front camera, rear-mounted fingerprint reader and 4,850mAh battery.

There is no information available on the pricing of the Motorola One Power Android One smartphone. Rumors surrounding it suggest that it may go official on Aug. 2.

Motorola Moto E5 Plus Appears with Enhanced Specs on TENAA