A new mysterious Xiaomi smartphone with the “Helium” codename has been spotted on Geekbench, sparking off a series of discussion on the identity of this handset. Some feels that the device could be the upcoming Redmi Note 5, while other felt it could be the Xiaomi X1. 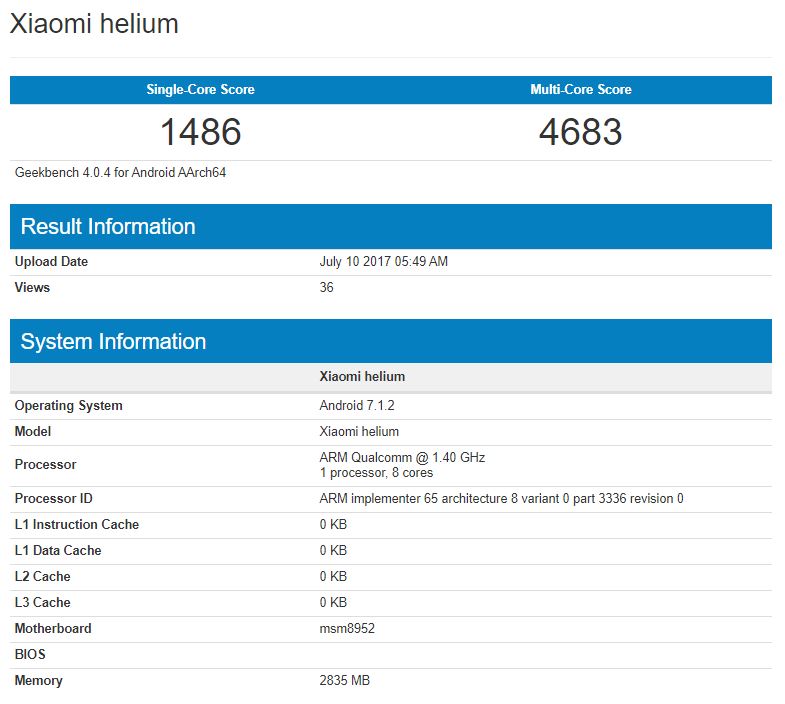 Even though the benchmarking tool doesn’t reveal much about the device, but it do confirmed that the Xiaomi Helium will be powered by a Snapdragon 617 SoC along with 3GB of RAM. Other than that, the device will also be running on the Android 7.1.2 out of the box. Based on the specs here, we could safely say that the Xiaomi Helium is likely to be a mid-ranger device.

Currently, there are also a couple of smartphones in Xiaomi’s pipeline which is expected to be unveiled in the next few months. Some of these devices of course include the Xiaomi Mi 6 Plus, Redmi Note 5, Redmi Note 5A as well as the Xiaomi X1. Sad to say, the Chinese company has yet to confirme about the existence of any of the aforementioned handset.

OUKITEL U22 Flash Sale is On; Best Time to Get for Very Low Price of $69