During the Nokia 6 launch in China, HMD Global at the tail end teased that a true Nokia flagship device would be coming our way on February 26 at the Mobile World Congress (MWC) 2017. That mysterious flagship phone was later unmasked as the Nokia 8 which would pack the latest Snapdragon 835 chipset onboard. The smartphone was later revealed to have be exhibited at the Qualcomm stand at CES 2017, yet a real, clear image of the smartphone was lacking. 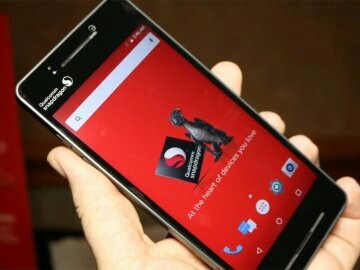 Not anymore, the Nokia 8 has appeared in a pair of leaked renders which shows the device in all its glory both from the front and back. It looks like the copy of the device featured in the leak is the same one used by Qualcomm to promote the Snapdragon 835 chip at CES. The device feature a sleek design with a large screen-to-body ratio. There seem to be a large slit both at the top of the display and at the bottom as well. Those are likely openings for the speakers. At the top, there is a camera sensor at the right side of the slit, while at the left , there is a dual-LED flash. The smartphone also features aluminum fuselage with capacitive keys situated at the left side of the phone. 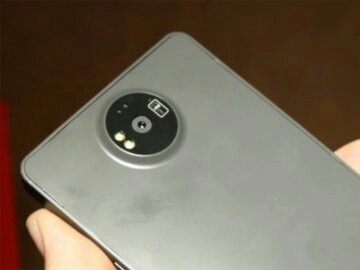 At the rear, the Nokia 8 features a uniquely designed rear camera which lie on top a round protrusion. The protruded circle as pack a dual-LED flash by the side and a couple of sensors which would aid the camera capture sleek shots. Aside these details, nothing is very visible at the rear.

As a reminder, the Nokia 8 is rumored to come powered by Qualcomm’s latest Snapdragon 835 chip backed by 6GB of RAM. Perhaps, that it is the reason it found its way into Qualcomm’s booth at CES. The flagship device is also expected with a large 5.7-inch Super AMOLED display with QHD resolution (2560 x 1440 pixels) resolution. The display is a flat-screen and not a curved display and an Android 7.0 Nougat OS provides the interface. There is also a 24MP camera woth OIS and a 12MP front-facing camera. There are two storage versions wit 64GB and 128GB storage space onboard which is expandable via microSD.

Motorola confirmed its appearance in MWC 2017