Nokia is rumored to be working on a flagship phone called Nokia 9. The other phone that is also said to be under works is the Nokia 8. The Finnish firm has already confirmed that it will be releasing new set of phones later this year. Now, leaked schematics of both Nokia 8 and Nokia 9 have been revealed. 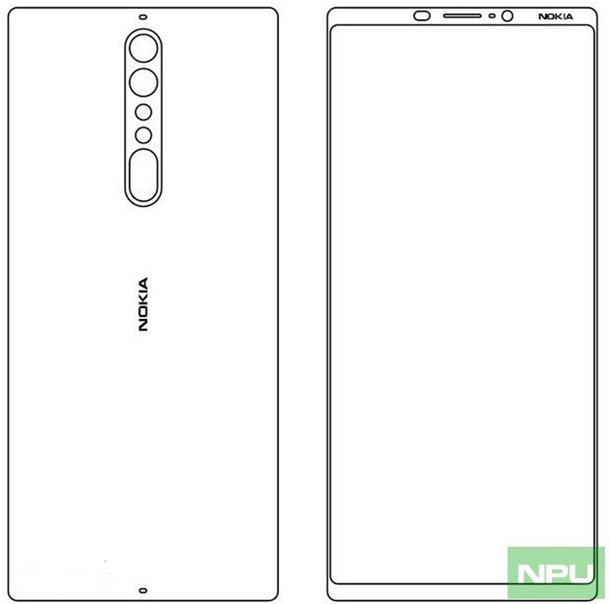 The above design seems to be belong to the flagship phone that is dubbed as Nokia 9. It has a bezel-less design and there is no Home button below the display. It is likely that the phone may feature a fingerprint sensor behind the screen. The top bezel of the phone seems to house a front-facing camera as well as an iris scanner. It also shows a presence of dual rear camera. 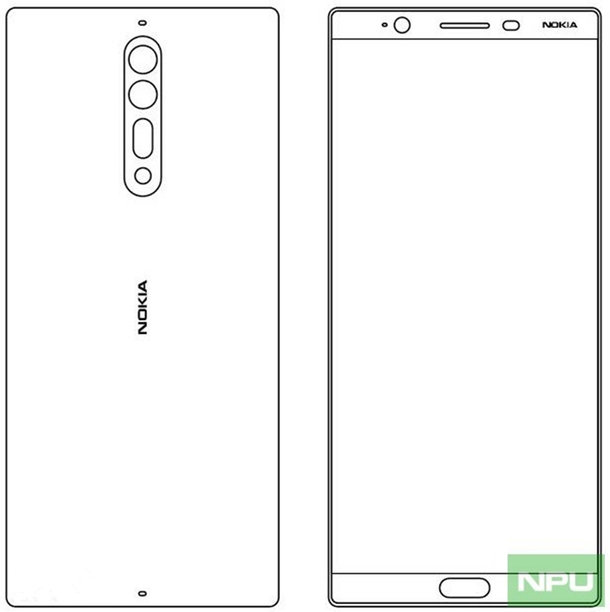 The above image seems to show the design of Nokia 8. It also sports a bezel-less design. However, its display seems to be slightly smaller than that of Nokia 9 as it features a prominent Home button that will be probably integrated with a fingerprint reader. It also seems to feature an iris scanner and front-facing camera on the top bezel along with twin camera system on the rear panel.