In the previous week, HMD Global had reportedly sent email to Taiwanese dealers that it will be launching a smartphone called Nokia X71. The email revealed that the phone will be featuring a punch-hole display and its rear will be equipped with a triple camera setup that will include a 48-megapixel main sensor and a 120-degree wide-angle lens. Nokia Bar that has been known for leaking information on upcoming Nokia phones has shared a new sketch image of the upcoming X71 smartphone. The image also mentions the key specs of the device. 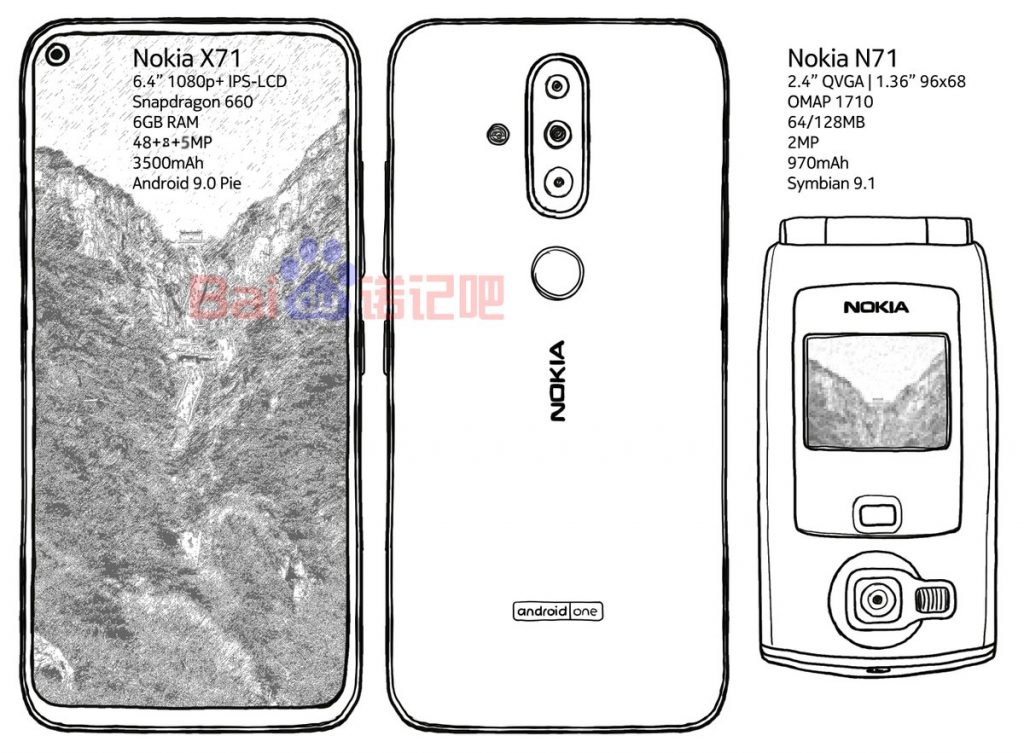 The Nokia X71 comes with a 6.4-inch punch-hole display. The IPS LCD screen offers full HD+ resolution. Just as the recent Geekbench listing of the phone had revealed, the Nokia X71 has Snapdragon 660 SoC and 6 GB of RAM. The handset features a 3,500mAh battery. There is no confirmation on the support for fast charging on the device.