If you’ve been following the news for the past few days, then you would probably have heard that Huawei and Oppo will be holding their upcoming launch event on October 18th and October 19th respectively.

Today, Nubia has also joined in the party by sending out another press invites for their launch event and guess what, the event will be held on October 17th. Surely, the third week of October will definitely be a busy week for Chinese smartphone manufacturers with so many new smartphones set to be unveiled in just a week. 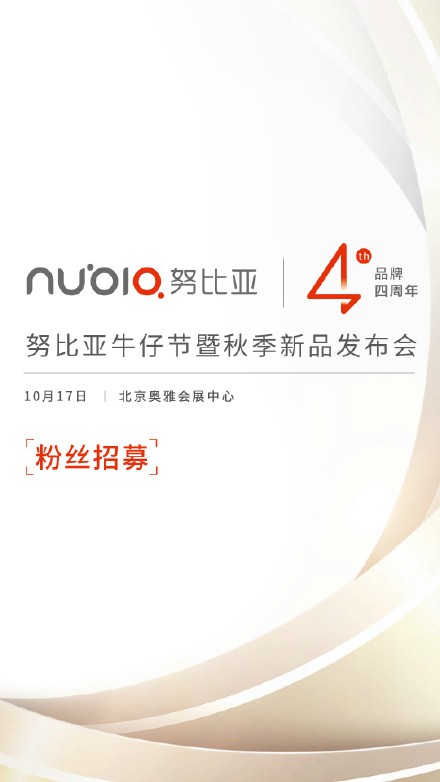 Coincidentally, none of the smartphone companies seem to have a clash in the dates of their respectively launch event and we guess they probably had a secret backdoor discussion among each other.

Sadly to say, Nubia has yet to reveal any details on the smartphone they are planning announce, even though there are rumors suggesting that it could possibly the Nubia Z11 Mini S smartphone, which will be featuring a dual-camera setup at the back of the device. If that’s true, then the device will definitely be the first of its kind to join dual-camera club.