Recently, the upcoming ZTE Nubia Z17 was spotted on TENAA. It is the larger edition of Nubia Z17 Mini. Some of its key specs were also revealed when it was found listed on AnTuTu. Now, the average AnTuTu score of the Nubia Z17 has come up. With Snapdragon 835 SoC and 8 GB of RAM onboard, the ZTE Nubia Z17 has managed to score a marvelous score of 180,049. 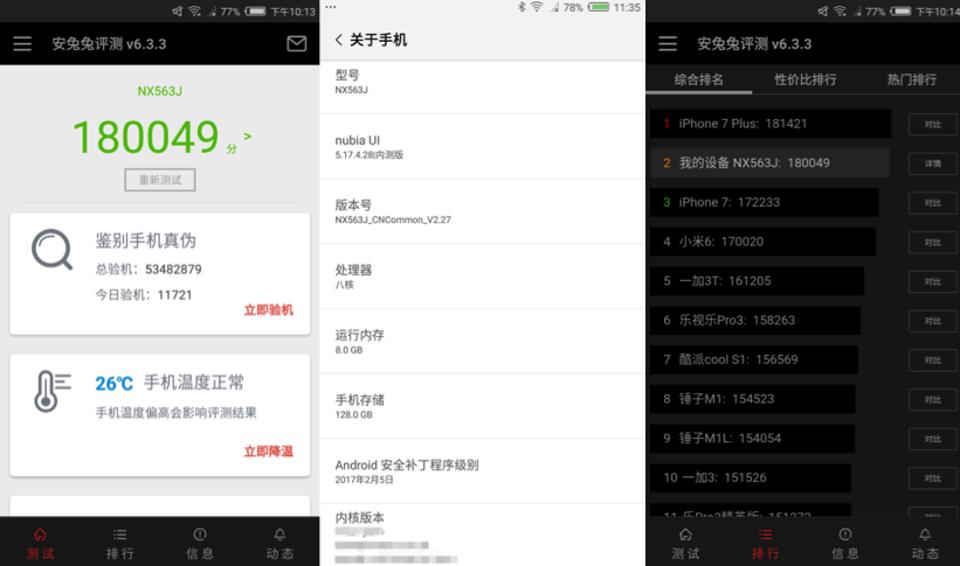 The above screen shot reveals that the model number of the phone is NX563J. The smartphone is running on Android 7.1.1 Nougat and it is overlaid with nubia UI 5.7. The native storage of the phone is 128 GB. These specs suggest that the ZTE’s next flagship will deliver monstrous performance. The score of 180,049 is higher than that of recent flagships like Galaxy S8, Xiaomi Mi 6 and OnePlus 5.

The Nubia Z17 is expected to come with a 5.5-inch bezel-less screen that will support full HD resolution. It is also expected to be arrive in 6 GB RAM version. Its dual rear camera module is expected to include 23-megapixel + 12-megapixel sensors. It will be packed with a 3,100mAh battery. It is expected to get announced on June 1.

Honor sends out press invite for May 23rd launch event