A leaked poster of the OnePlus 5 launch event has appeared. It reveals that the OnePlus 5 would be unveiled on June 15. However, there is no official confirmation on it from OnePlus. The Chinese firm is continuously teasing various kinds of features of OnePlus 5 such as Snapdragon 835 SoC, fingerprint scanner, color options, its slimness and more. The rumor mill too is spilling a lot of information on the speculated features and specs of OnePlus 5. Now, a well-known analyst from China, Pan Jiutang has revealed some information on its pricing. 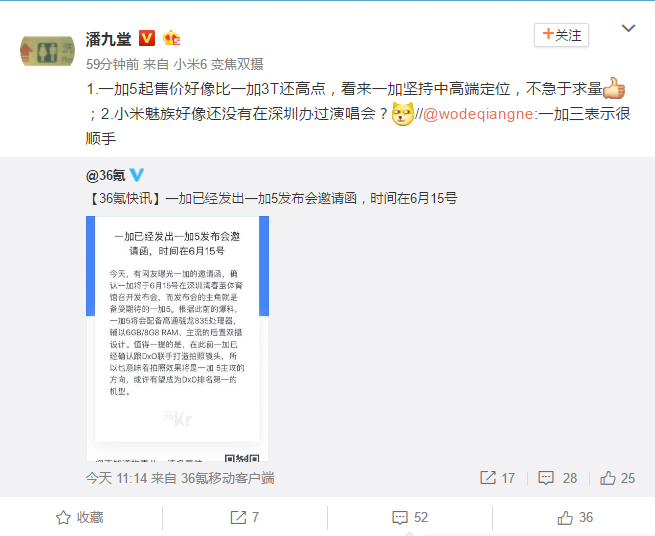 OPPO R11 is now up for pre-registrations in China