Even after the OnePlus 5 had been officially announced, the device still remains as one of the most chattered smartphone across various mobile news site as we all anticipate the device to go on sale next week. 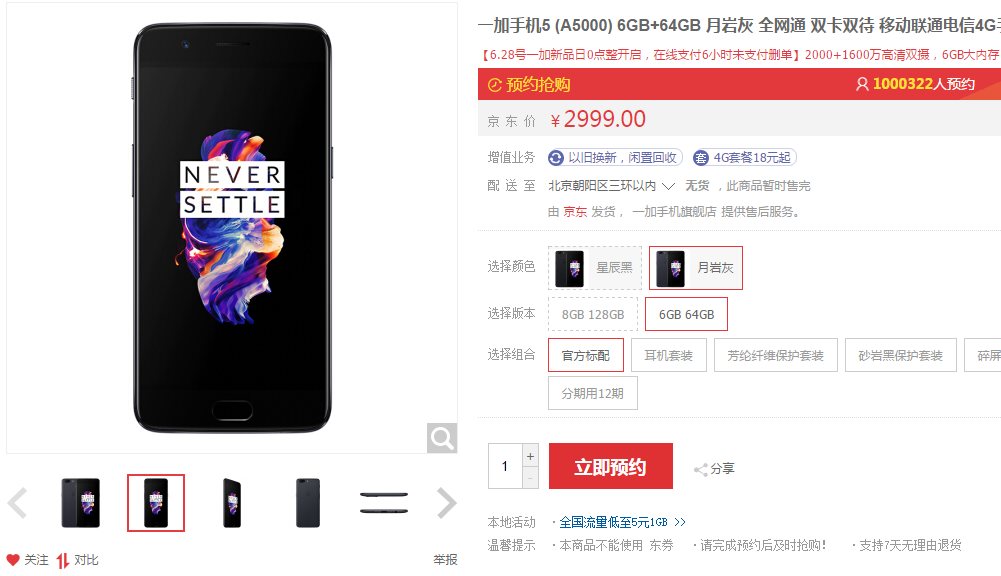 In a short span of just two days, the OnePlus 5 had already easily secured more than 1 million registrations on JD.com alone. That figure of course, doesn’t include those from OnePlus online store which will be selling the device simultaneously with JD.com on June 28th next week as well.

There will be two versions of the device available for purchase namely the 6GB+64GB model which is tagged with a price of 2,999 Yuan ($439), as well as a higher-end model with 8GB+128GB memory configuration that is sold at a slightly more expensive price tag of 3,499 Yuan ($512). Its good to know that the 6GB model will come with a Slate Gray painting while the 8GB version will be dressed in Midnight Black.