An alleged press invite leaked last week revealed that the highly anticipated OnePlus 5 flagship could possibly be announced on June 15th next week. However earlier today, another alleged teaser for the handset apparently settles for a June 20th announcement date instead. 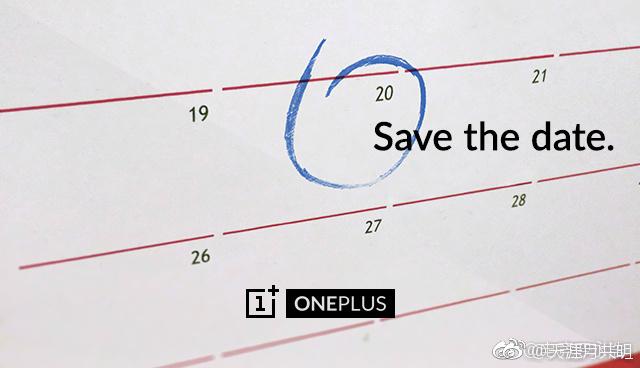 Both images originated from Chinese Weibo seems rather dubious at first glance but we do not want to play down its possibility too quickly as they might be real after all. Like most other recent OnePlus 5 leaks from the social media site, do take them with just a pinch of salt until there have been official news straight from the company itself.

Last week, OnePlus CEO Pete Lau teases that the OnePlus 5 will be the slimmest flagship from the company so far and will be certianly thinner than the current 7.35mm OnePlus 3T.

If rumors are true, then the upcoming flagship is expected to sport a 5.5″ FHD/ QHD diaplay which is powered by the latest Snapdragon 835 SoC along with 6GB/ 8GB of RAM as well as 64GB/ 128GB internal storage space under its memory compartment. Camera-wise, there will be a dual-camera set up consisting on a pair of 16MP sensors which is accompanied with a single 16MP sensor at the front for selfies.