OPPO R11 has been found listed on OPPO’s official store, OPPOShop.cn. The pricing of the smartphone has not been mentioned, but the listing claims that the page will be updated soon. It also mentions the company will be holding a press conference to announce the OPPO R11 on June 10.

The OPPO R11 has been confirmed to launch on June 10. However, it is surprising to see the smartphone get listed officially before its official launch. The listing does not reveal much information on the specifications of OPPO R11. However, it reveals that the OPPO R11 is driven by Snapdragon 660 chipset and 64 GB native storage. 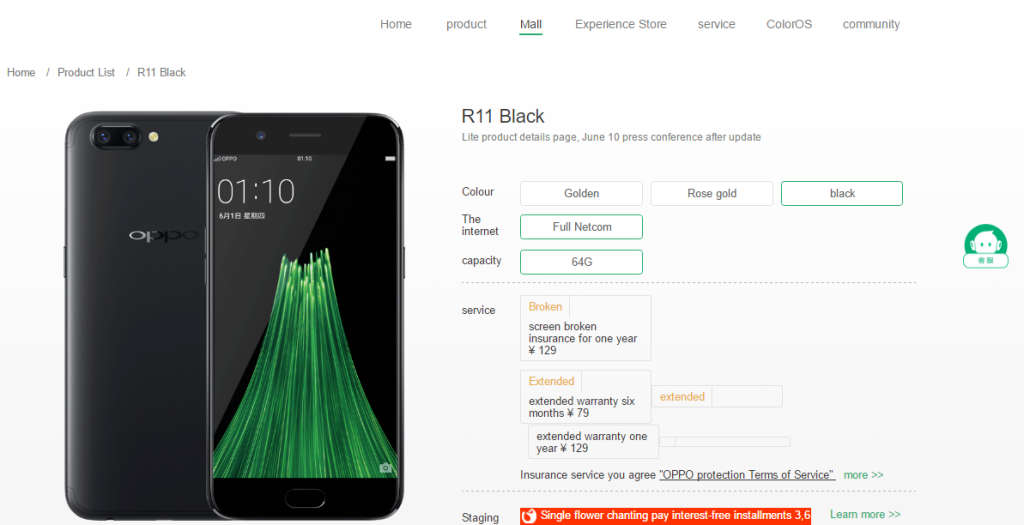 Also, the camera specs of OPPO R11 is also listed. It states that rear-facing dual cameras include a 16-megapixel wide-angle lens and a 20-megapixel telephoto lens. The rear cameras support 2x optical zoom and shooting images with bokeh as the sensors are powered by the Spectra ISP of Snapdragon 660. The front houses a 20-megapixel snapper.