Several reports have revealed leaked renders of the rumored OnePlus 5T. A new image of the alleged smartphone has been shared on Weibo. It seems to show the real handset with its screen turned on.

Rumors have revealed that the OnePlus 5T would be housing a full screen display. The above image shows that when compared to the OnePlus 5, the OP5T smartphone has reduced upper and lower bezels and thinner side bezels. There is no fingerprint scanner on the frontside of the phone which indicates that because it is featuring an elongated screen, the biometric recognition feature could be present on the backside of the phone. 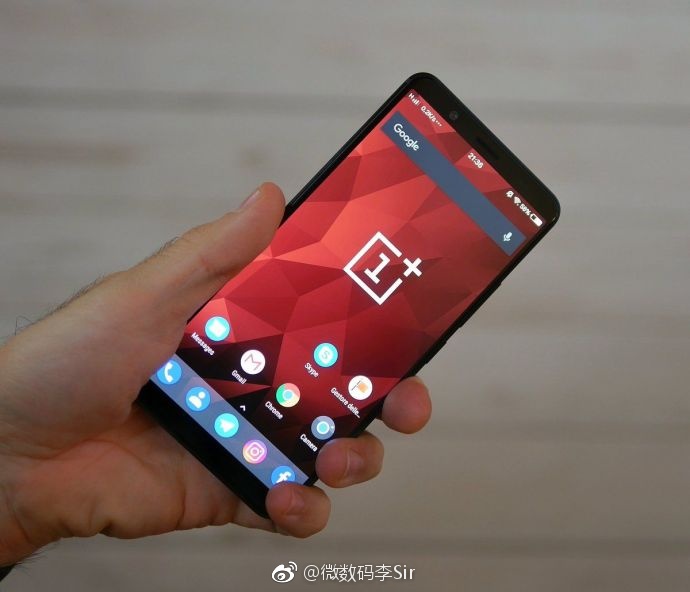 Reports have revealed that OnePlus 5T would be coming with an 18:9 display that will carry support for FHD+ resolution of 1080 x 2160 pixels. Apart from improvements in the display department, it is also expected to include an enhanced dual camera system featuring a pair of 20-megapixel sensors. Also, it is rumored to arrive with a larger battery of 3,450mAh capacity.

Like the OnePlus 5, the upcoming 5T is expected to be fueled by Snapdragon 845 chipset. Also, it is expected to come in 6 GB and 8 GB RAM models and 64 GB and 128 GB storage variants. It is likely to retain the 16-megapixel selfie camera that is available on the OP5.