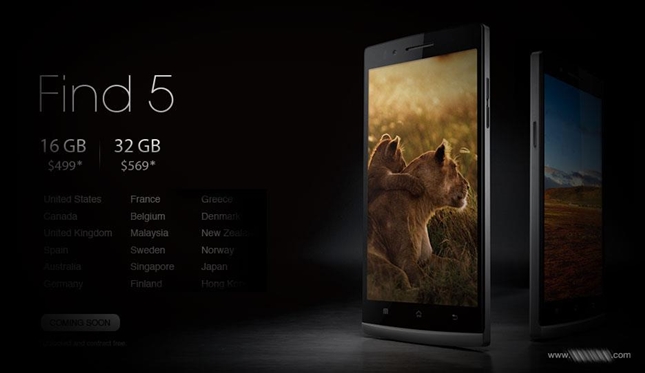 It has now been confirmed that the long anticipated Oppo Find 5 will be officially released in the Chinese market on January 29th this month. For those who wants to save the hassle of queuing up for the device, the Oppo Find 5 is also available for pre-order ( starting on January 15th ) for 2,998 Yuan.

When will the Oppo Find 5 be available other countries?

As reported earlier, sources had also claimed that the Oppo Find 5 will also be released in the following countries by the first quarter of the year :

How to root the HTC Droid DNA tutorial