OUKITEL has had a great run this year as it has released couple of good smartphones this year K10000 Pro, K6000 Plus and U22. Some of the best gadgets are now available with exciting discounts through the half year sale on AliExpress. The retailer giant is also offering the OUKITEL K6000 Plus at an attractive discounted price.

The K6000 Plus is one of the best smartphones manufactured by the company. It features a 5.5-inch FHD display and since the company is known for launching phones with massive batteries, the K6000 Plus also does not disappoint as it is packed with a mammoth 6000mAh battery. However, the battery is not the only amazing feature of the phone. It also comes with large amount of RAM and great camera. For the battery, the K6000 Plus is also equipped with rapid charging feature.

The K6000 Plus features the MediaTek MT6750 SoC under its hood. It features a 1.5GHz octa-core processor. The chipset of the phone is coupled with 4 GB of RAM. The K60000 Plus also features a massive internal storage of 64 GB. These features reveal why the K6000 Plus is one of the best smartphones by the Chinese firm. 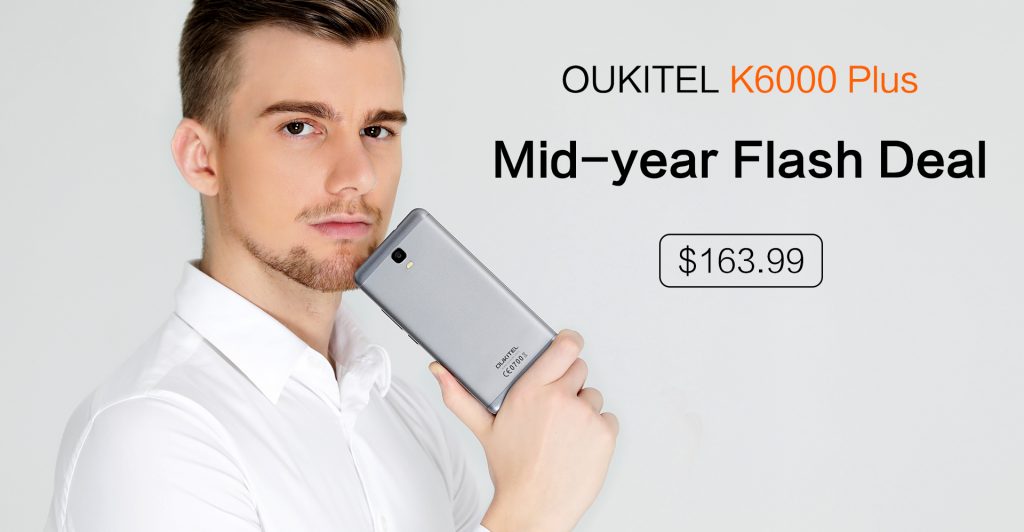 There is a 16-megapixel rear camera and a selfie snapper of 8-megapixel. Even though the phone has stellar cameras, the initial batch of the K6000 Plus could produce impressive photos. However, the company has released a software update to fix the issue. The latest version OUKITEL_K6000_Plus_V9.0_20170526 resolves the issue. Users can either install the update through automatic update or by flashing the latest ROM available here. Here is the link to the tool to perform it and the procedure on how to do it successfully. Another update for the phone brings 5G Wi-Fi support.