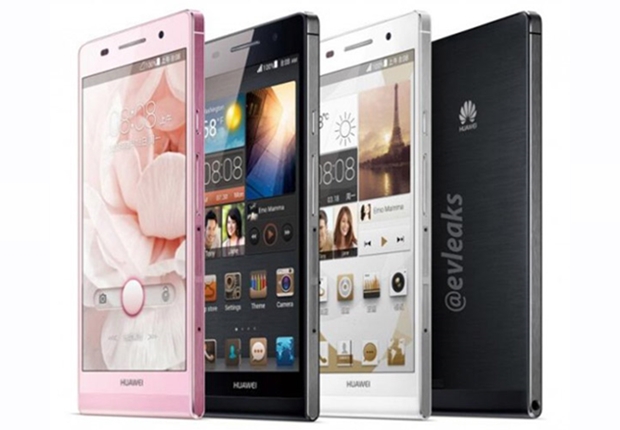 Huawei has been working hard during the past few years in an attempt to break into the mobile industry and compete with major players including Samsung and HTC. That being said, there is another leaked press render of the upcoming Huawei Ascend P6 which was rumored to be announced during an official Huawei’s event in June next month. Just like any other Huawei’s device, the Ascend P6 will also be rather thin, probably less than 8mm.

The Huawei Ascend P6 will be coming with mid-range specifications, boasting a 4.7-inch 720p HD display powered by a 1.2GHz quad-core processor. Sad to say, the Ascend P6 will be equipped with a rather depressing 5 megapixels camera which is the main downside for the device. Likewise, the device will also be coming with their homemade Emotion UI, with Android 4.1.2 Jelly Bean running in the background.

We’re not sure when this device will be released, but it’ll definitely be competing with other high profile mid-range devices including the Xperia SP as well as the upcoming Galaxy S4 Mini. So stay with us for more updates in the coming days and weeks!

Android Rumors : HTC One coming to Verizon before July ?