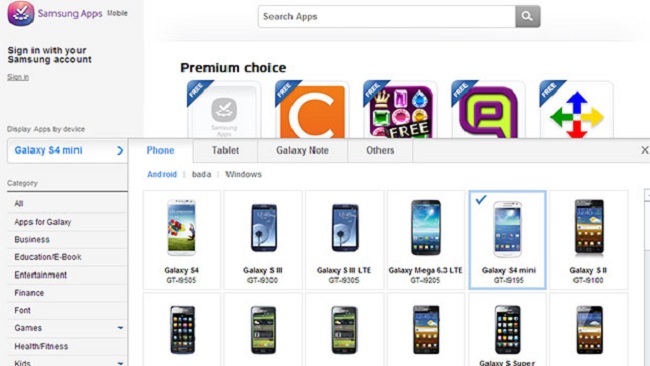 We’re pretty sure that the upcoming Samsung Galaxy S4 Mini will soon be officially announced after the device apparently showed up in of the Samsung’s website. Although there is still no news on its release date, but there are rumors that should begin to be shipped starting next month. No doubt, the Galaxy S4 Mini will probably be one of the best mid-range device  available in the market after its official launch.

Here’s one of the leaked specifications of the Galaxy S4 Mini that we’ve gathered : 4.3-inch Super AMOLED display, 1.6 GHz dual-core processor, 2GB RAM, 8 megapixels rear camera, 2 megapixels front camera, 8GB internal storage, as well as Android 4.2.2 software onboard. Like the previous model, the Samsung Galaxy S4 Mini will also be expected to be priced at around $400 as well.

Of course, one of the greatest concern about the Samsung Galaxy S4 Mini will be weather the device will be pre-loaded with bloatwares which eat up large portion of its storage, like the case of the Galaxy S4. If that’s the case, then we’ll definitely have to back ourselves with an additional SD card to expand its storage space. As of now, let’s see if Samsung will announce the device during their press event on June 20th next month.

White Nexus 4 spotted in the wild once again

Press images for the Huawei Ascend P6 is now available