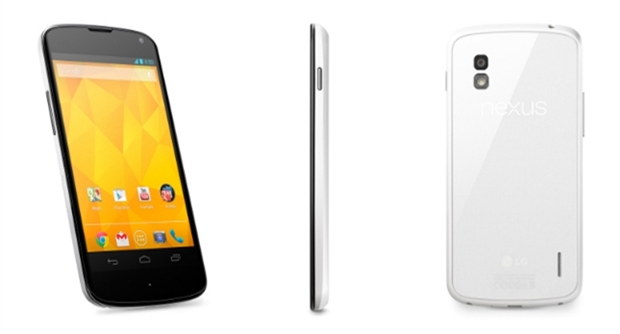 We’ve been hearing quite a lot about the rumored white Nexus 4 during the past few weeks, although there is yet to be any official news about the device so far. However thanks to the folks from Android Police, we’re finally able to catch a glimpse of the supposed press render of the white Nexus 4 front view, side view as well as its back view. Like the original Nexus 4, the white variant will be coming with a black front, with its side and black being coated white instead. According to the source, the white Nexus 4 will have a model number E960W, and will be selling in 8GB and 16GB only.

Till now, there is still now news on its release date but we’re quite certain that it’ll be announced by the next quarter. Unlike the original model, we’re hearing that the white Nexus 4 will also be coming with the latest Android 4.3 onboard, with other key specifications remain the same. This makes us even more excited for the device’s arrival, isn’t it?

Latest Rumors : HTC One Google Edition will be unveiled soon ?