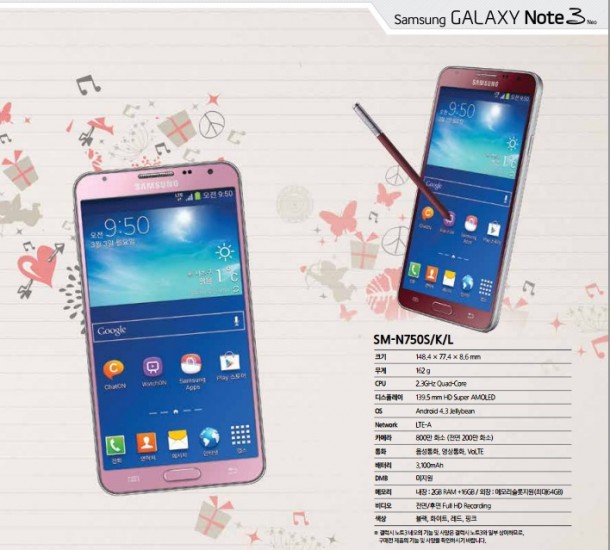 We’re now pretty sure that the Galaxy Note 3 Neo will be receiving 2 new flavors in additional to their current lineup. This is according to a document from Samsung’s official website, which shows the Galaxy Note 3 Neo in both pink and red colors. According to reports, we understand that this 2 variants will be heading to the Korean market in the following week or so – but its not stated whether it’ll be released internationally or not.

Currently the Galaxy Note 3 Neo is available for around $500 outright, much cheaper than the Galaxy Note 3 although they looks almost identical to most. We’ll keep you updated once there is new update for this phablet!