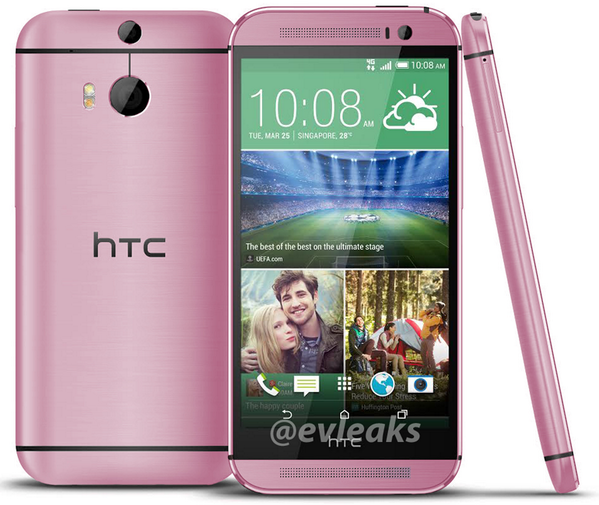 We all know its a matter of time before HTC releases more colors for their HTC One (M8) flagship. Today thanks to @evleaks, we’re finally able to catch a glimpse of the pink version of the HTC One (M8). Other colors expected to be released alongside is none other than the blue and red variants – with the red version already confirmed to be heading for Verizon.

Having sold more than 500,000 units since its debut, the HTC One (M8) has been a great success for the Taiwanese company so far. We’re not sure whether the new range of colors will make a big different in their sales, but we shall wait and see.

Tell us if you’ll be waiting for any of these colors for the HTC One (M8)!

Red and pink Galaxy Note 3 Neo has been spotted