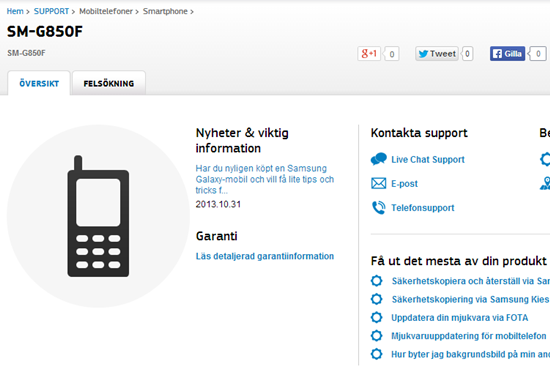 Although the Samsung Galaxy S5 Active hasn’t been officially announced by the Korean company, its support page is already up for the Scandinavian countries. According to rumors, the Galaxy S5 Active will come with similar spec sheet as the regular Galaxy S5 flagship, but slightly tougher with a MIL-STD-810G rating.

We’re not sure when Samsung will make this device official, but we expect it to be somewhere in June – like the Galaxy S4 Active. Pricing-wise, the Galaxy S5 Active will probably cost slightly higher than the regular variant thanks to its stronger chassis.

How to root Huawei A199 using Kingo Root

Moto E is now official with a price tag of $117