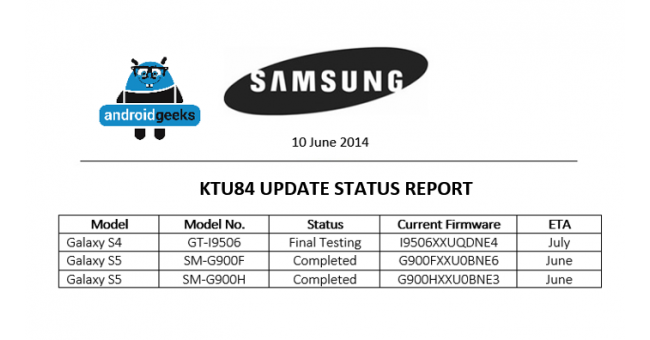 According to a leaked document from AndroidGeeks, Samsung has already completed the final testing for the upcoming Android 4.4.3 update for various Galaxy S5 devices as of June.

The first variant of the Galaxy S5 expected to receive this update will be those running on Samsung’s Exynos 5 Octa chipset. This means only a small minority of Galaxy S5 users will be receiving the update during the first batch of roll out which is slated to be somewhere in July.

Those running on the Snapdragon 801 will sadly be receiving the update at a slightly later date – around August or September.

We’ll keep you informed once the update has begun rolling out so stay tune!

How to root Cubot P6 using the Framaroot app