Samsung has recently confirmed that it will be debuting the Galaxy S9 and Galaxy S9+ flagship phones at the Mobile World Congress (MWC) 2018. Recent reports have suggested that the larger Galaxy S9+ will be exclusively equipped with dual rear camera whereas the Galaxy S9 will be arriving with single rear camera. Today, a leakster with a good track record on the previous leaks has revealed the rear camera specifications of both phones. 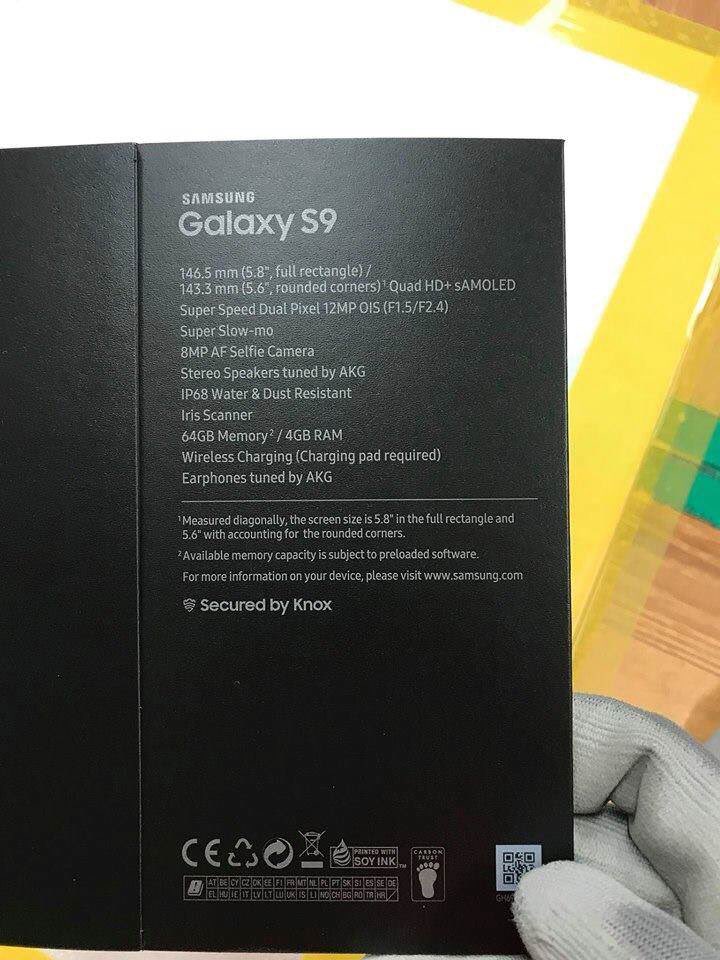 Above is a leaked shot of the Galaxy S9’s retail box. It shows that the smartphone would be equipped with a 5.8-inch QHD+ S-AMOLED display. It will be coming with an 8-megapixel autofocus enabled selfie camera and stereo speakers tuned by AKG. The package will also include AKG branded earphones. It will be sporting a dustproof and waterproof chassis. Other specs of the smartphone include wireless charging, 4 GB RAM, 64 GB storage and iris scanner.  Rumors have revealed that it will be available in Snapdragon 845 and Exynos 9810 chipset variants in different markets.