OnePlus has officially announced that their highly sought after Soft Gold OnePlus 3 model will be available in India starting next month, just in time for the Diwali festival. 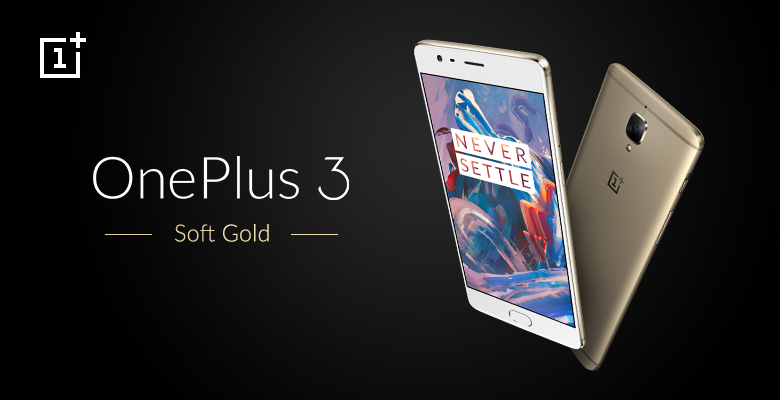 The Soft Gold variant, which was announced two months ago, is had already made its way to the US as well as several countries in Europe and Asia. So far, the OnePlus 3 has been very well-received across the markets – so much so that it went out of stock multiple times since its launch.

For those interested in getting the Soft Gold OnePlus 3, the device will still come with the same retail price of Rs 27,999.