Bad news for all the Meizu fans out here! Earlier today, Meizu’s Vice President Li Nan had broke the news via his Weibo account that the much anticipated Meizu Pro 7 flagship will not be launched this year. 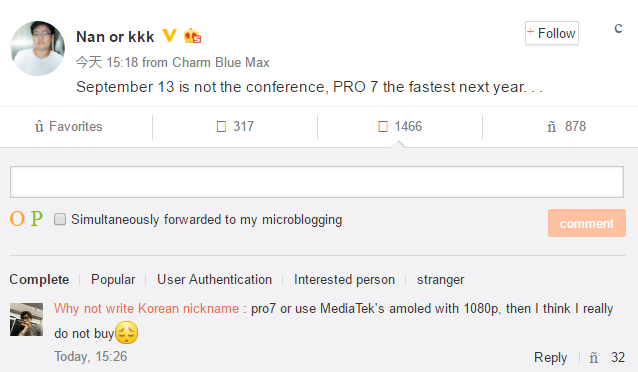 This news came just after new rumors emerged suggesting that the Chinese company will be holding a press event this coming September 13th for the Meizu Pro 7. As always, the Vice President was quick to play down these rumors.

Of course, many of us just can’t wait to lay our hands on this Exynos 8890-based monster rumored to sport a dual-curved display according to a series of leaked images. Here is a quick roundup of its key specs according to its AnTuTu benchmark test : QHD display, Exynos 8890 SoC, 4GB of RAM, 32GB internal storage, 12MP main shooter (probably with a dual-camera setup), 5MP front-facing camera, as well as Android 6.0.1 running out of the box.

Huawei had sold over 6 million P9 units till date

Soft Gold OnePlus 3 will be available in India next month