Recently, we just reported that a new Sony smartphone with model number H4233 will be announced as the Xperia XA2 Ultra according to Malaysian regulatory agency SIRIM. Today, a pair of alleged live images of the upcoming Xperia XA2 Ultra had also popped up on Chinese Weibo – revealing the front and rear designs in full glory. 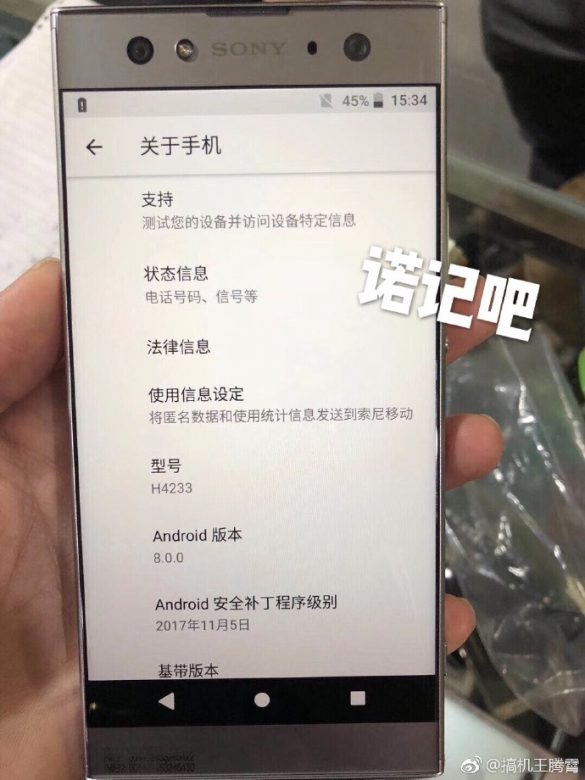 As seen on the first image above, the “About Phone” screen on the device shows a model number H4233 which revealed that the device in picture is indeed the Xperia XA2 Ultra. The same screen also shows that the device is running on the Android 8.0 Oreo which was already confirmed in its GFXBench listing back in July last year.

Just like the current Xperia XA1 Ultra, the Xperia XA2 Ultra seems to be coming with a rather similar design language on its front panel which has an extremely thin side bezels and a pair of elongated bezels on the top and bottom of the screen. 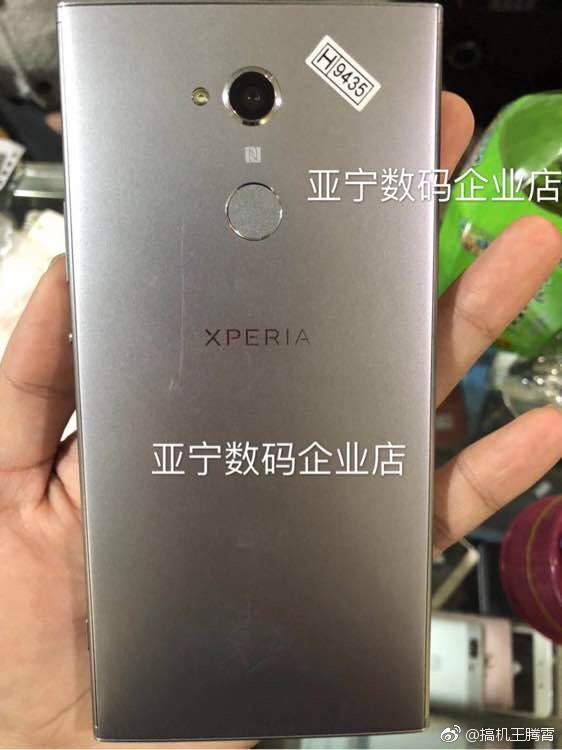 As for its rear chassis, there seems to be a more thorough facelift this time round. As seen in the image, the camera compartment has been shifted from the left hand corner to the center of the device this time round. Similarly, its LED flashlight has also been affixed to the left of the main snapper as well. One thing to note, unlike the current Xperia XA1 Ultra, the new Xperia XA2 Ultra will finally features a fingerprint sensor that are mounted slightly below the main camera compartment.

For the benefits of those who’d missed out, some of the device’s key specs as revealed by its GFXBench listing include a 6-inches FHD display, Snapdragon 630 SoC, 4GB of RAM, 64GB internal storage space, 21 megapixels main snapper, as well as a 16 megapixels front-facing selfie cam.