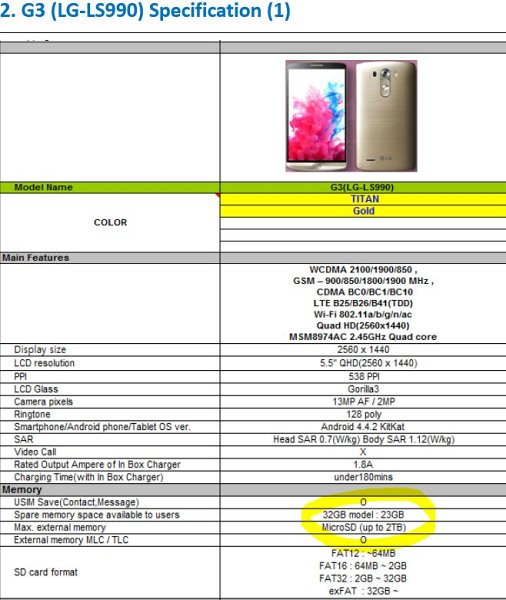 What you see above is apparently a leaked document of the upcoming Sprint’s LG G3 flagship which will be featuring a 3GB RAM onboard for the 32GB version.

Currently, the LG G3 is available in 2 versions – a 16GB version with 2GB RAM as well as a 32GB version which will come with 3GB RAM. For Sprint, they’ll be bringing in the 32GB version if the leaked document is accurate.

For those who’re interested, the Sprint’s LG G3 will be available for pre-order starting July 11 and will be shipped a week later starting July 18. We’re not sure how much this monster will cost you, but it’ll definitely be a painful price to pay most probably more than $700 off-contract.

How to root Xolo Q1011 using the vroot program