A week ago, Samsung begun rolling out the June security patch for the Galaxy Note 4 devices in Some European countries.

Earlier today, Verizon has finally rolled out this patch to their Galaxy Note 4 handsets in the US to ensure that the security of the devices remain up to date. 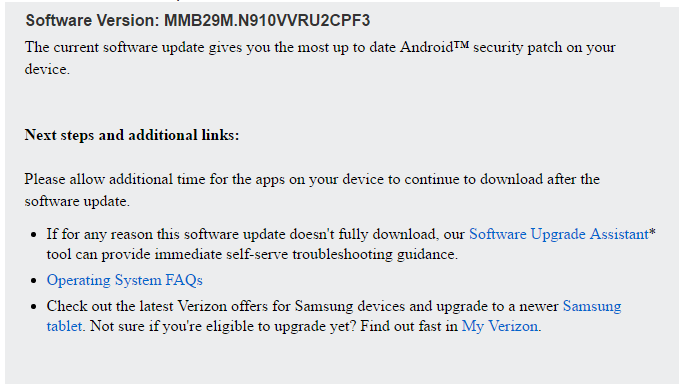 This update is now available over-the-air and will bring the software version up to MMB29M.N910VVRU2CPF3. For those who did not receive the update notification on their device, you can manually update your device by going to Settings > About device > Software Update.

According to our tipster, AT&T has also begun rolling up the similar update several days ago, that will bring the device software version up to LMY47X.N910AUCS2DO16.

Thanks Ray for the tip!