A recent leak of a smartphone said to be a Vivo model has appeared online revealing not only a stunning design but also some new features on the unnamed smartphone. The device is particularly noticed to come devoid of a front physical home button, something that has never been absent on successive Vivo devices. 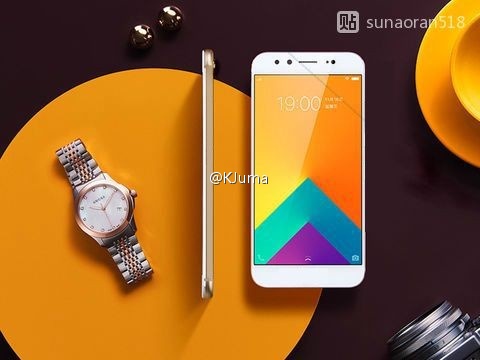 While it is on clear which device this is, but the design resembles that of the Vivo X9 Plus except for the lack of a front home button. The device might likely use an on-screen virtual button. There is also the likelihood of the device packing a front dual camera setup just as found on the X9 Plus. The side of the smartphone also shows a lack of capacitive keys for volume control and power button just as found on the X9 Plus. Unfortunately, there isn’t any photo of the rear view of the device.

While we can’t be so sure, it is likely that Vivo has got a new smartphone in the works which would spring up some surprises on launch day. We’ll be on the look out for more information on this.