When Xiaomi announced their new Mi 6 flagship back in April this year, the company revealed that the device will be available in 4 color options namely Coral Blue, Black, Silver, as well as White. As of now, only two of the colors are up for purchase except for the White and Silver version which some of us had already long forgotten about its existence. 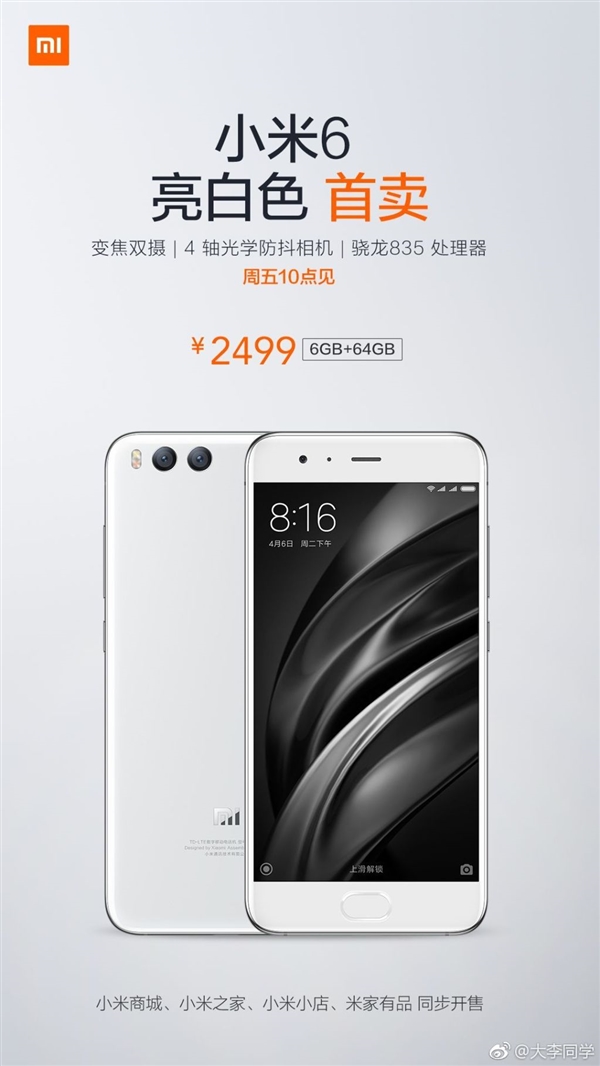 Things however, are about to change. Xiaomi has officially confirmed that the White Xiaomi Mi 6 will finally go on sale on July 14th this week. Sad to say, there still isn’t any news so far on the availability of the Silver version although previous reports had revealed that the Chinese company is facing some production issue with that exquisite model. With that in mind, we’ll probably have to wait for another month or so before we can have a chance to lay our hands on that limited unit.

OUKITEL U11 Plus in Sapphire Blue, Brilliant Black Coming Soon