LG has started sending out launch invitations for its press event that will be held on Aug. 31. On the said date, the South Korean company will be probably unveiling the LG V30 flagship smartphone. The LG invite carries an image of a mobile phone with a V present on its screen. Even the invite does not directly mention that what will it be unveiling on Aug. 30, but it can be guessed that the LG V30 will be announced on that day. 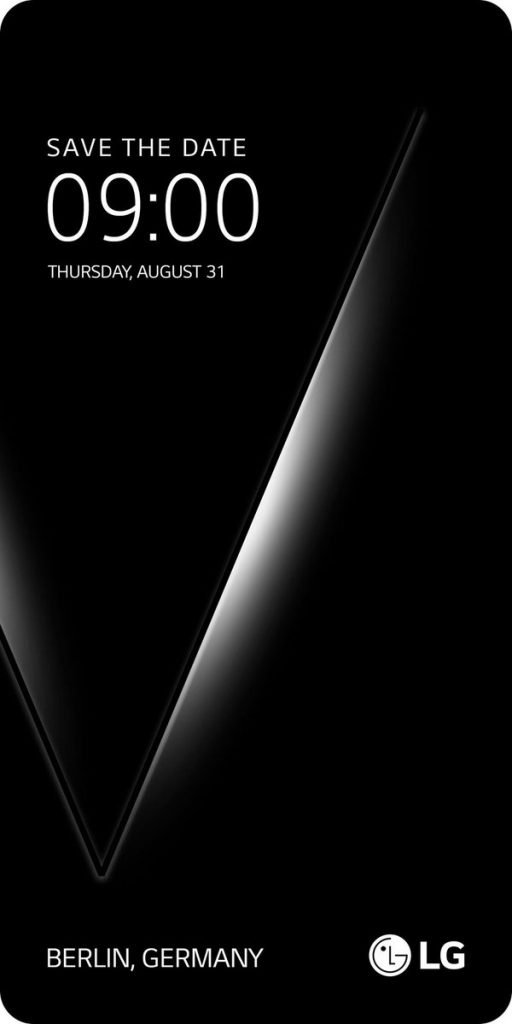 The invite tells that the launch event will be held at 9 AM local time in Berlin, Germany. The IFA 2017 tech trade show will begin on Sept.1 and it will be ending on Sept. 6. It is likely that the smartphone will be showcased as the upcoming tech trade show.

Speculations have it that the LG V30 will come with an OLED panel. Since it features OLED panel, its upper part will show frequently used apps and contacts as well as notifications since while rest of the screen is turned off. So, it may not feature a secondary ticker screen. Also, it is expected to feature a 6-inch Full Vision display, Snapdragon 835 chip, 4 GB / 6 GB RAM, and it is rumored to be priced around $699.

White Xiaomi Mi 6 to go on sale on July 14th