Earlier today, Xiaomi dropped the news that their upcoming Xiaomi 5X will make its official debut on July 26th alongside their latest MIUI 9 which promises some major changes to the current version including a split screen feature. 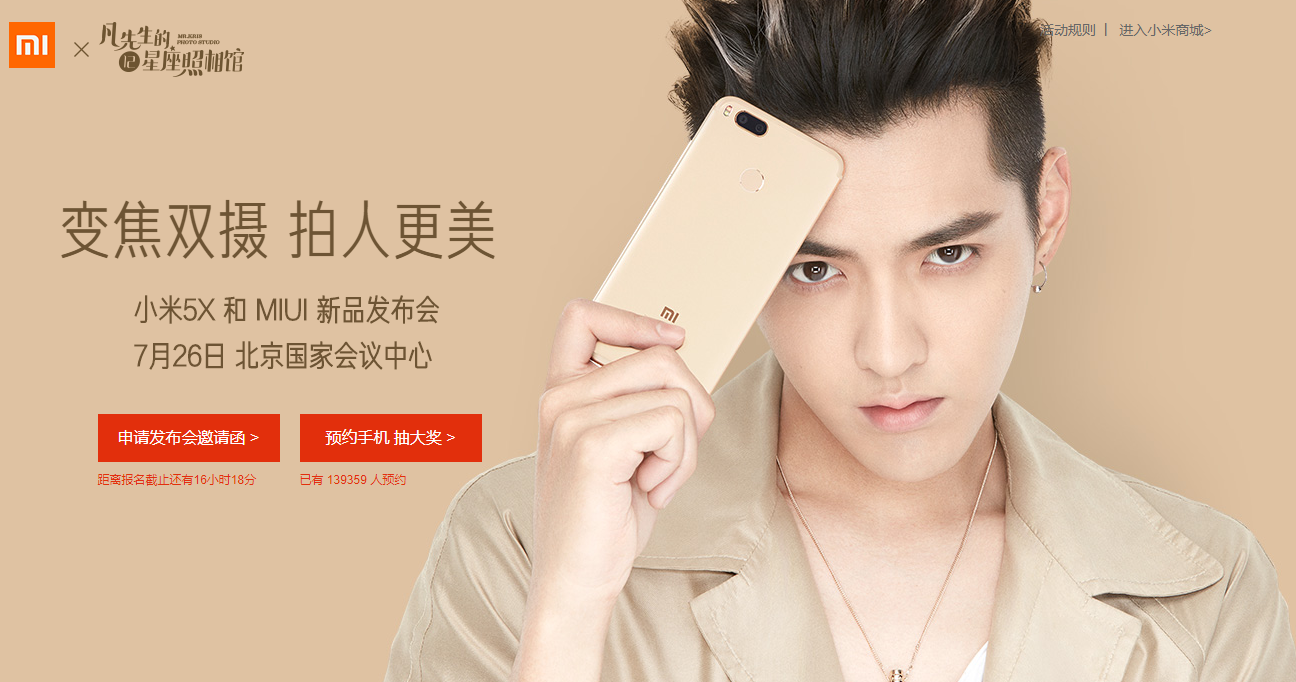 In just a short period of time after the Chinese company announces the unveiling date for the Xiaomi 5X, the device had already crosses more than 100,000 registrations via their own online store. To be precise, the figure stood at 139,359 at the time of reporting.

This however, doesn’t really surprise any of us given that Xiaomi has always been snagging large numbers of registrations for the handsets due to its popularity in the Chinese market. This time round, those who registered their interest are also in for a lucky draw contest which could win you a smartwatch or even the Xiaomi 5X itself.

Although the Xiaomi 5X is definitely not a flagship-grade device, but it’ll definitely be one of the best mid-ranger out there in the market so let’s anticipate its arrival next week!