A mysterious smartphone from LG that has a model number of LGE LG-H932PR has appeared on Geekbench benchmarking platform. The specifications revealed by it suggests that it could be the LG V30 flagship smartphone. 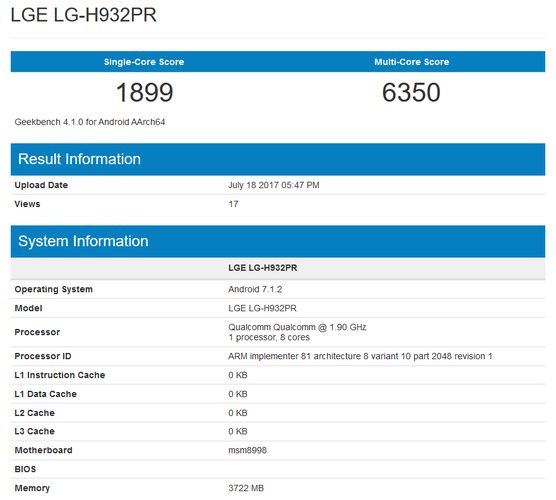 Speculation has it that a 5.7-inch OLED Full Vision screen that offers an aspect ratio of 18:9 will be present on the LG V30. It will come with a pair of 13-megapixel cameras on the rear. Its internal storage is 64 GB. It will come with 3,200mAh battery. It is poised to get announced on Aug. 31.

Xiaomi 5X snagged more than 100,000 registrations in less than 12 hours