When the Xiaomi Mi 5X was announced back in July last month, there is only one version with 4GB+64GB memory configuration available for purchase. Right now, the company had also announced a lower-end variant of the Mi 5X which comes with 32GB internal storage space instead. This model will be targeted at the vast majority of users who do not need too much storage memory on their smartphones and would rather enjoy buying the same smartphone at a cheaper price. 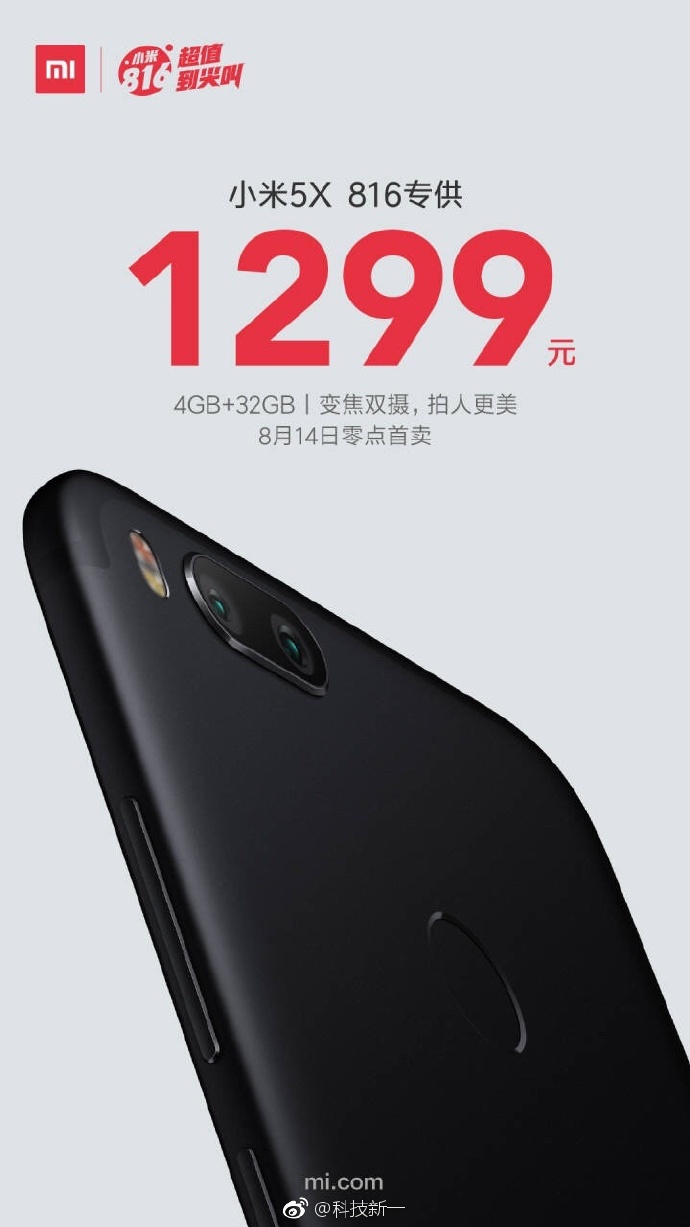 Aside from the halved storage space, other specs will remain similar to the current Xiaomi Mi m5X which include a 5.5″ FHD display, Snapdragon 625 SoC, 4GB of RAM, 12MP dual main snapper, 5MP front-facing selfie cam, 3,080mAh non-removable battery, as well as Android 7.1.1 Nougat running out of the box.

According to Xiaomi, this watered-down version will cost 200 Yuan cheaper – cutting its price down to just 1,299 Yuan ($194). For those interested, the device will go on sale starting today in China.