Xiaomi CEO Lei Jun has confirmed that Xiaomi Mi 6 flagship phone would be launched in this month. However, the exact launch date is still under the wraps. Speculations have it that the Xiaomi Mi 6 and Mi 6 Plus would be unveiled on April 11. However, a leakster has revealed fresher information that the Mi 6 would be unveiled in the latter half of this month. Still, there is no information available on the exact launch date of Mi 6 duo. 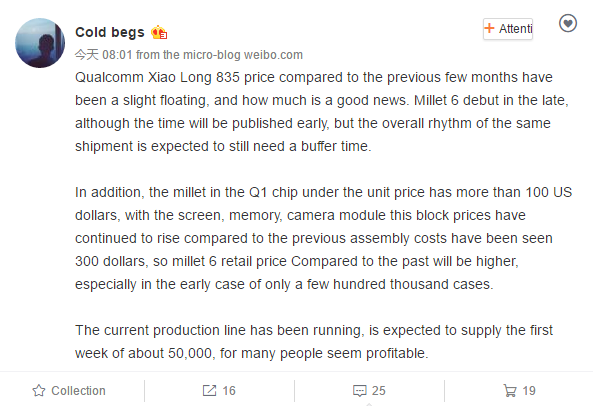 According to the leakster, the Chinese smartphone maker has prepared over 50,000 units of its upcoming flagship for the first week after the announcement of Mi 6 phones. The company is expected to increase the production in the following days.

Xiaomi Sagit Spotted on GFXBench; Is it Xiaomi Mi 6 Being Tested Before Launch?