Earlier today, a Chinese benchmark app allegedly listed the upcoming Xiaomi Mi 6 in its database which scored an incredible result of 1103215 points in its benchmark test which was later removed. According to Chinese sources, the Mi 6 is the first device to cross the 1,000,000 mark on this benchmarking app so far. 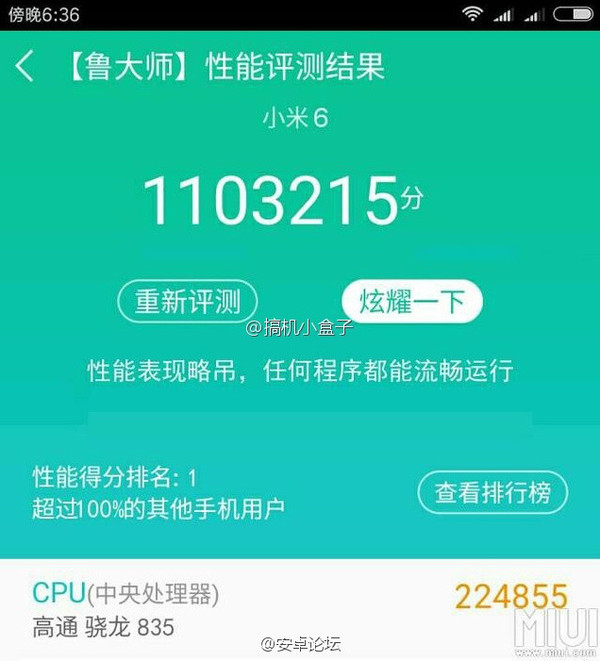 On the same listing, the app also revealed that the highly anticipated Mi 6 will indeed be running on the latest Snapdragon 835 SoC which it was also touted previously as on of the first to run on the new Snapdragon powerhouse.

If you’re interested, you can head down here and here to read up on the latest rumors on the Xiaomi Mi 6.

Meizu shipped a total of 22 million smartphones in 2016

Huawei hopes to have Google apps in AppGallery