Several details of the Xiaomi Mi Max 2 have surfaced before the official announcement on May 25. It has been recently found that the Mi Max 2 will feature a gigantic battery of 5,349mAh capacity. Previous rumors had speculated that it would include a 5,000 mAh battery. Compared to 4,850mAh battery on the original model, Xiaomi is expected to increase the battery capacity on Mi Max 2 by 500mAh. A leaked photo that has surfaced from China reveals that the Xiaomi Mi Max 2 will be also supporting reverse charging. 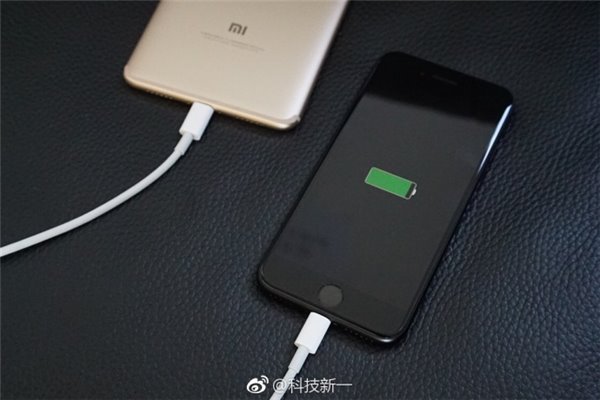 The above image shows the Mi Max 2 connected to an iPhone through a data cable. It shows the iPhone being charged with the huge battery of Mi Max 2. Hence, the Mi Max 2 is pegged to come with reverse charging feature that will possibly allow the phablet to work as a power bank to charge other devices.

After Moto G5S, a Plus variant Moto G5S+ are leaked in images