Even though the rumor mill had claimed there will be a Pro variant featuring Snapdragon 710 SoC for the Mi Max 3 handset. However, when the company had announced the smartphone last week, it did not reveal its SD710 variant which suggested that it does not exist. Today, the “Mi Max 3 Pro” moniker has been spotted with other Snapdragon 710 fueled smartphones such as Vivo NEX (lower version) and Xiaomi Mi 8 SE on Qualcomm’s website. This indicates that the Mi Max 3 Pro may exist. 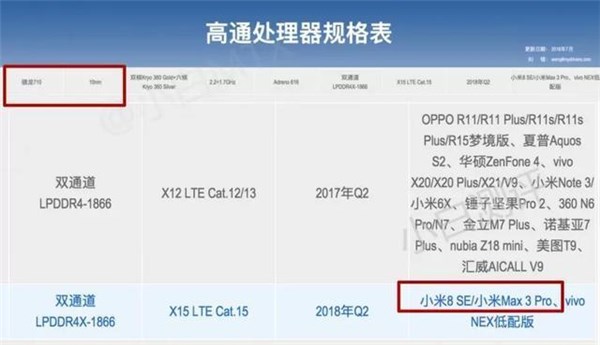 Apart from the appearance of the Mi Max 3 Pro on Qualcomm’s website, its listing has been also found on some third-party retailers like JD.com in the home market. If the Pro variant exists for real, the Chinese manufacturer may release soon.

Kirin 980 Specifications Leaked Ahead of its IFA 2018 Debut