Xiaomi has released yet another teaser for the upcoming Mi MIX 2S flagship phone. The newest teaser reveals that it will be equipped with AI Face Unlock.

The video teaser reveals that the face unlock feature that will be available on the Mi MIX 2S will be able to identify the user even if he is wearing a hat, wig, spectacles and so on. Also, the age of the user will not deter it from correctly identifying the user. 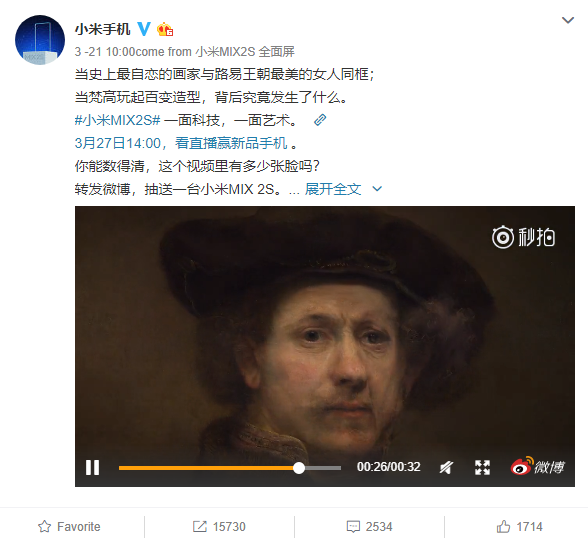 Recent reports have revealed that the design of the Mi MIX 2S will be resembling its predecessor in appearance. However, unlike the predecessor, the Mi MIX 2S is expected to arrive with dual rear cameras that will be driven by AI. The Snapdragon 845 chipset will be present under the hood of the phone and its highest configuration model may feature 8 GB of RAM and a native storage of 256 GB. Also, the company has recently confirmed through a teaser that the Mi MIX 2S will carry support for wireless charging.

The Chinese manufacturer has been consistently releasing teasers on the features of the Mi MIX 2S. Hence. it is likely to reveal some more information on it before the Mi MIX 2S gets officially announced on March 27.

good one but i prefer to use – http://www.china-prices.com/phone/791/xiaomi-mi-note-pro