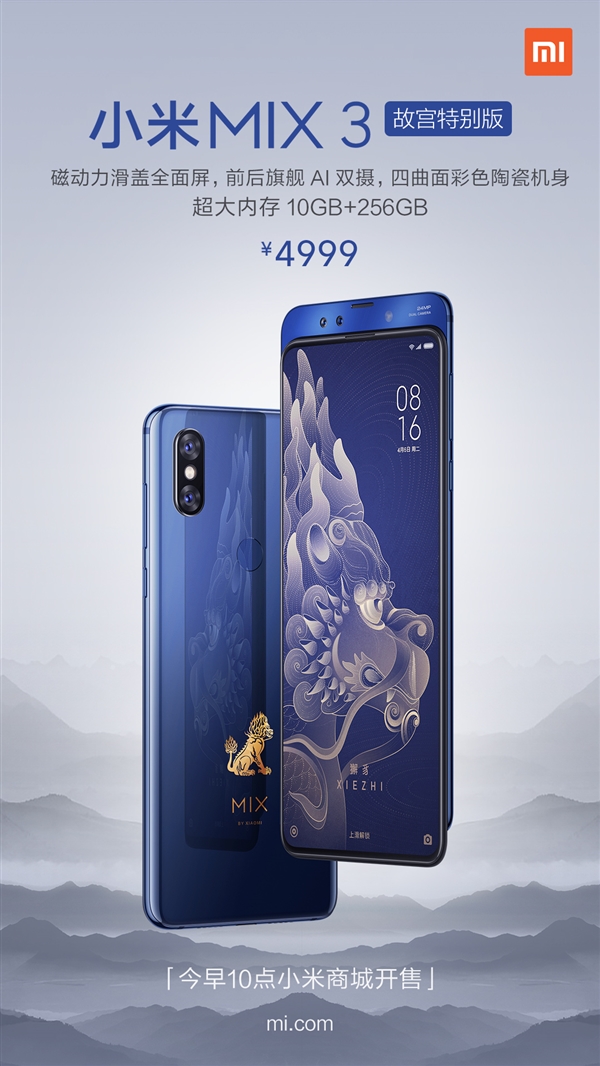 This lion-like inscription is a mythical beast in ancient Chinese legends. It has a longhorn and can distinguish between integrity and evil (according to the legend). The Xiaomi Mi MIX 3 Forbidden City edition comes with 10GB of RAM and 256GB of internal storage.  Potential owners of this special edition will have to fork out 4999 Yuan ($725). This smartphone comes with a couple of freebies upon purchase.

This smartphone is powered by a 3200 mAh battery which supports a 10W wireless charge. Like the regular version, its slid screen design can take over 600,000 slides which are enough for over 10 years. You can also launch more AI functions on this smartphone by double-clicking clicking the dedicated AI button. It can understand seven languages thus it is not a feature limited to native Chinese speakers

Honor V20 appears on AnTuTu – to arrive on December 26th