When the Xiaomi Mi Note 3 was made official back in September this year, the device is available only in two different models which include a 6GB+64GB as well as a higher-end variant with 6GB+128GB memory configuration. 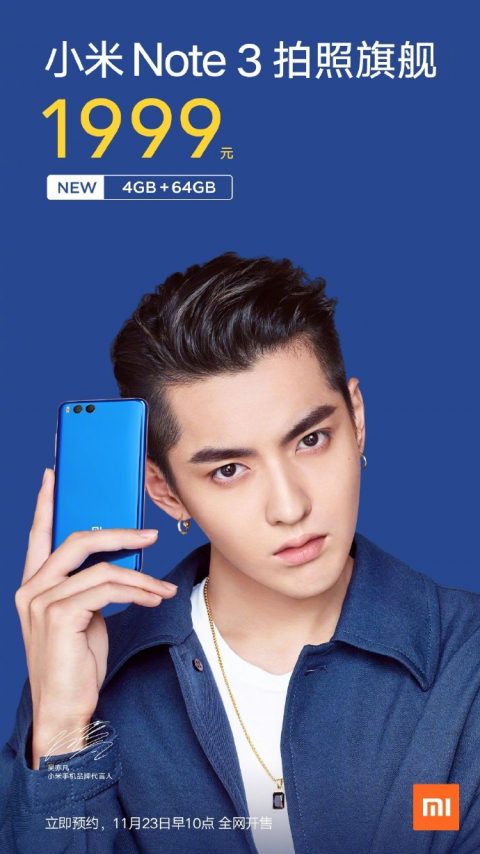 Right now, the Chinese company has decided to release a slightly watered-down model of the Xiaomi Mi Note 3 with 4GB of RAM coupled with 64GB internal storage space. Of course, this variant will come with a cheaper price tag of just 1,999 Yuan ($301) which is 300 Yuan ($45) cheaper than the 6GB+64GB model.

In fact, other than having a downgraded RAM, the rest of its specs remain similar as the rest of the models which include a 5.5-inches FHD display, Snapdragon 660 SoC, 12 megapixels dual main snapper, 16 megapixels front-facing selfie cam, 3,500mAh non-removable battery, as well as Android 7.1 Nougat running out of the box.

The device will go on sale in China starting November 23rd this week and is available only in the Blue color option.

Xiaomi Redmi Note 5 starred in yet another leaked image