Even though the long awaited Xiaomi Mi6 Plus has yet to be announced, there is now rumors that the Mi6 will also be coming with a Lite version that will features the upcoming Snapdragon 660 SoC. 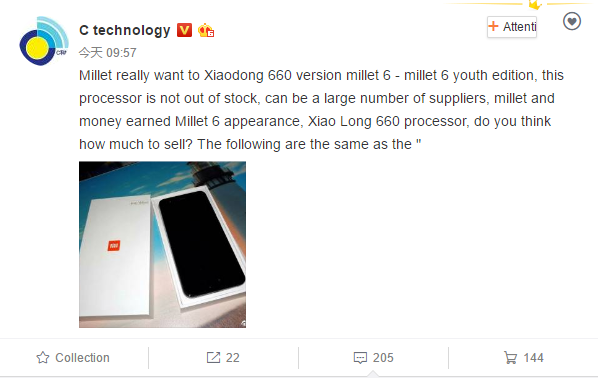 Although there isn’t much information revealed on the Xiaomi Mi6 Lite, but rumors have it that the device would be coming with similar specs as the Mi6 except for the downgrade of SoC from Snapdragon 835 to Snapdragon 660. As for its exterior design, it will looks exactly the same as the current Mi6 including its size.

Pricing-wise, this watered-down version is expected to cost around 1,999 Yuan ($289) and could be unveiled as early as June next month.

Oppo R11 will be powered by Snapdragon 660 SoC