Xiaomi has recently unveiled the Redmi 6 and Redmi 6A smartphones. Even though rumors had claimed that the Redmi 6 Pro with notched display design would be launching alongside Redmi 6 and 6A phones, Xiaomi did not announce it. It is now speculated that the Redmi 6 Pro will be unleashed in the coming month along with other devices like Mi Max 3 and Mi Pad 4. Today, a leakster from China has claimed that Xiaomi will be announcing the release date of Redmi 6 Pro tomorrow. He also leaked the live shots of the smartphone. 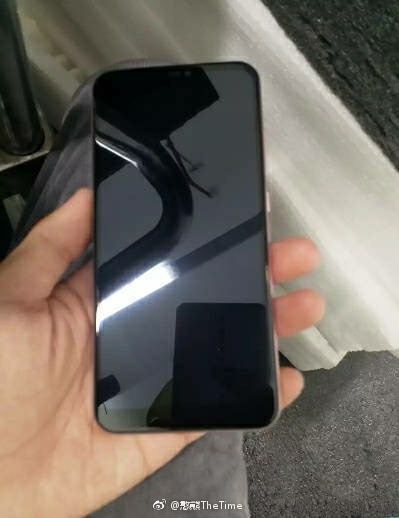 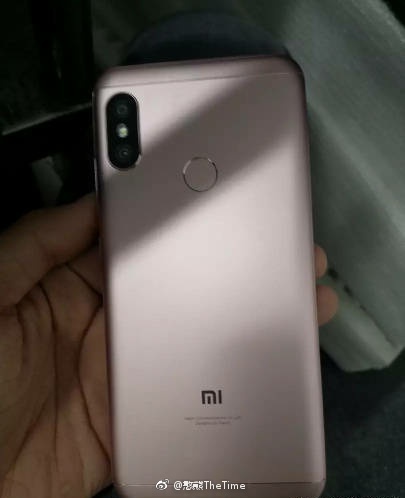 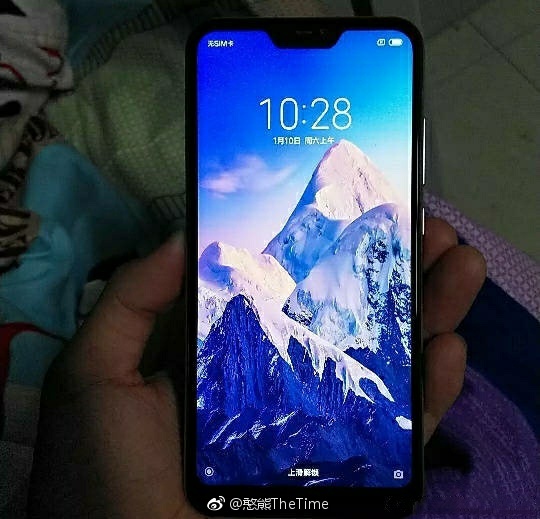 The images of the Redmi 6 Pro show that it will be arriving with a notched display. The bottom bezel is quite thick compared to the side bezels. The rear side of the phone seems to be made out of metal. It features a vertical dual camera setup and a fingerprint scanner.

The handset is preinstalled with Android 8.1 Oreo. It is driven by an octa-core processor that clocks at 2.0 GHz. The SoC is coupled with 4 GB of RAM. It has an internal storage of 64 GB. 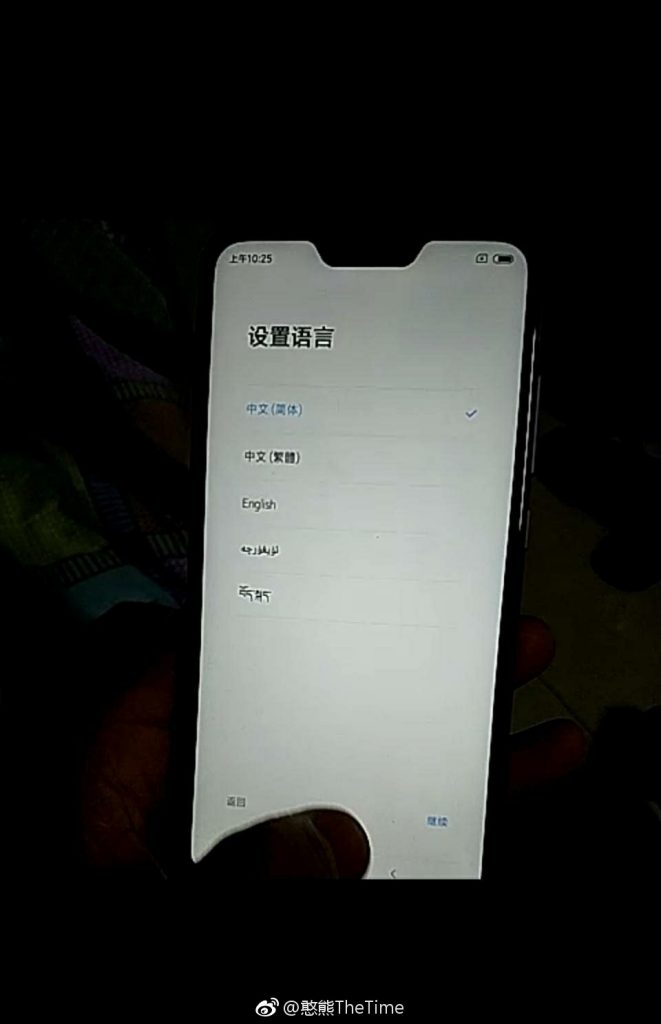 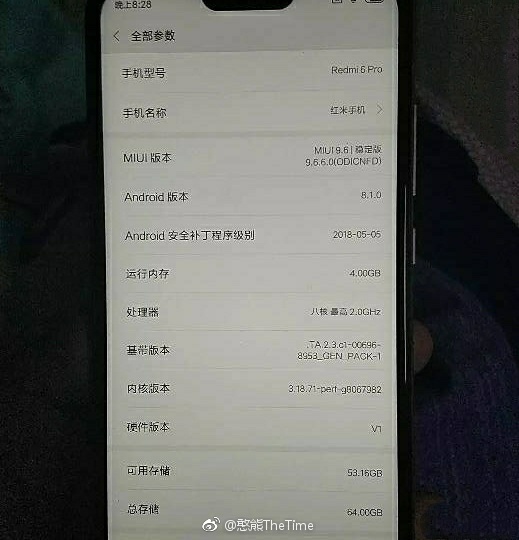 The Redmi 6 Pro has already appeared on TENAA in the previous month. The TENAA listing has revealed that it will be coming with a 5.84-inch 19:9 aspect ratio screen. It is expected to arrive in variants such as 16 GB storage + 2 GB RAM, 32 GB storage + 3 GB RAM and 64 GB storage + 4 GB RAM. Other specs include 12-megapixel + 5-megapixel dual camera setup, 5-megapixel selfie camera and 4,000mAh battery.