While we still await the arrival of Xiaomi Redmi 6A which recently appeared on TENAA with model numbers M1804C3CC, M1804C3CE and M1804CDE, the company has confirmed that it will release the Xiaomi Redmi 6 on June 12 which is tomorrow. Now, Xiaomi’s president, Lin Bin, took to his official Weibo handle to show us what the front view of the Xiaomi Redmi 6 looks like. 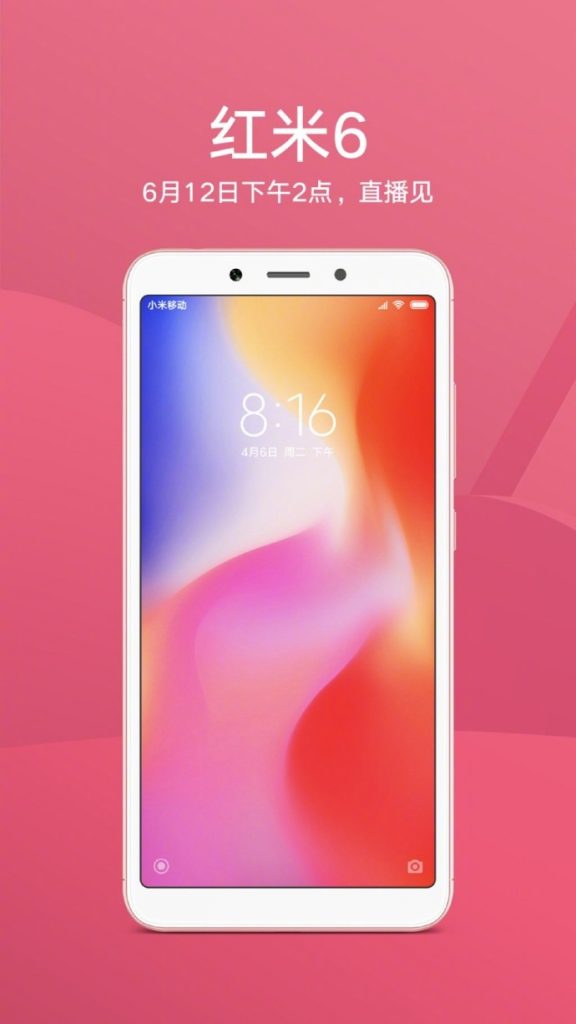 This new teaser looks much like the smartphone that recently passed through TENAA alleged to be variants of the Redmi 6A. Recall that another device with a notch and model number M1805D1SE also passed through TENAA recently and this smartphone was believed to be the Xiaomi Redmi 6. So everything seems a bit confusing now because the recently released teaser has no notch. Our best guess is that it is probably a view of the Redmi 6A unless Xiaomi has a shocker for us.

Xiaomi Redmi 6 is expected to sport a notch that will host the front camera sensor, earpiece and proximity sensor. From the TENAA listing which was released a few days ago, this smartphone will be equipped with a 5.84-inch Full HD+ resolution display with a 19:9 aspect ratio. Although there is no information on its processor, it is believed to be an octa-core CPU. With all these inconsistencies in the released teasers and previous information, we have to wait for about 24 hours to see what this device really brings.