Recently, a South Korean publication had revealed that Oppo had reportedly struck a deal with Samsung Display for receiving 6.4-inch OLED panels. The report had also revealed that the OLED display has a dual edge curved design like the Galaxy S and Note series smartphones from Samsung. Moreover, it also expected to feature a notch. OPPO has released a new teaser on it Weibo account to showcase the display design of the Find X smartphone. The teaser suggests that the handset will be equipped with a dual edge curved screen. 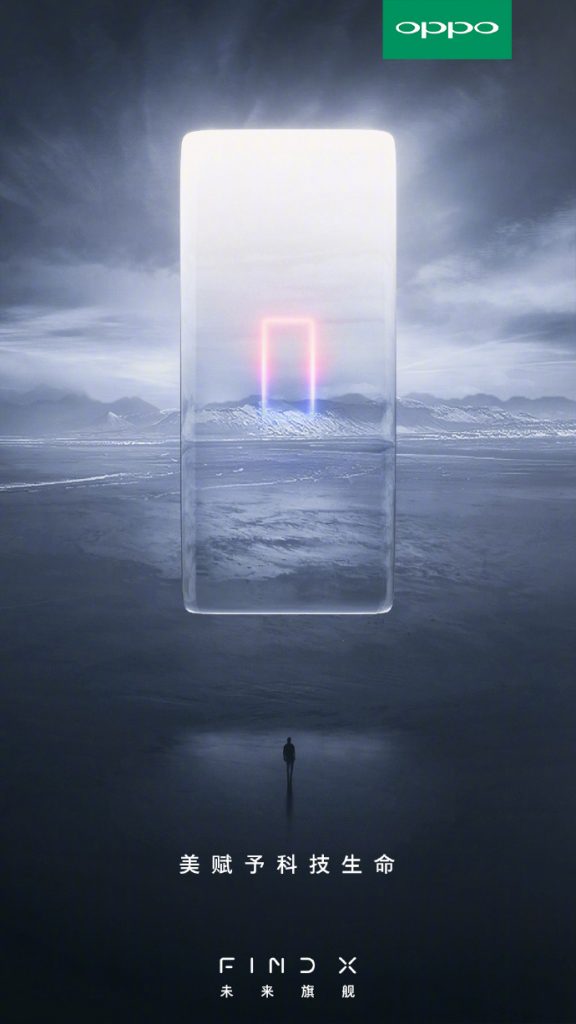 In the past week, a rumor had revealed that the Oppo Find X will be featuring a 6.4-inch OLED screen. Within few days, a South Korean publication had claimed that Samsung Display will be supplying same-sized OLED panels to Oppo. Since then, the rumor mill has been speculating that the Find X will be arriving with dual edge curved display. The above teaser also seems to hint the same display design. It is speculated that chin of the handset may retain the breathing light notification indicator.

Last week, Oppo Find X had appeared as PAFM00 and PAFT00 on TENAA. it had also revealed that it will be arriving with a 6.4-inch screen that produces 2340 x 1080 pixels. The Snapdragon 845 SoC is expected to power the phone with 8 GB of Ram. The other specs of the phone include 128 GB of storage, 3,645mAh battery, 16 + 20-megapixel dual camera and 25-megapixel selfie camera. The handset is also rumored to carry support for 5x loseless zoom.