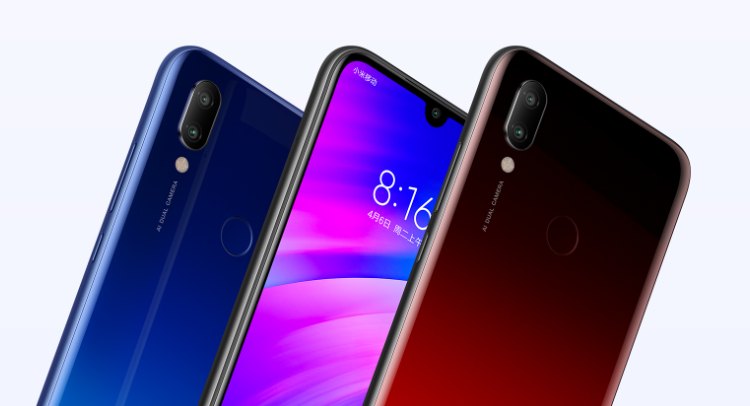 Xiaomi fans rejoice! Starting today, the Xiaomi Redmi 7 is finally available for purchase in Singapore. For those who’re interested, the device could be purchased via Xiaomi’s physical Mi Stores as well as through Lazada and Shopee.

Pricing wise, the 2GB+16GB entry-level model will come with a price tag of $179 while the higher-end model with 3GB+32GB memory configuration will be retailing at $199.

For the benefits of those who’d missed out, the Redmi 7 features a 6.26-inches HD+ display which is driven by a Snapdragon 632 SoC. Camera-wise, there is a 12MP+2MP dual-camera setup on its back, as well as an 8MP selfie-cam at the front.

The device runs on MIUI 9 which is based on the Android 9.0 Pie OS. Under the hood, there is a 4,000mAh non-removable battery which could support hours of continuous usage on the go. If you’re interested, there are 2 color options to choose from, namely Comet Blue as well as Eclipse Black.

From the outlook of the Redmi 7, its really hard to tell that the device cost less than $200. No doubt, its definitely one of the most well-designed smartphone in the budget category.

Redmi next flagship phone will not be called Redmi X