Although the Xiaomi Redmi Pro handset was initially slated to go on sale starting August 8th, but the Chinese company seemed to have already made some changes to its schedule as they had confirmed on their Weibo that the device will go on sale in 8 cities starting August 6. These 8 cities include Beijing, Shanghai, Nanjing, Jinan, Guangzhou, Chengdu, Chongqing, and Zhengzhou. 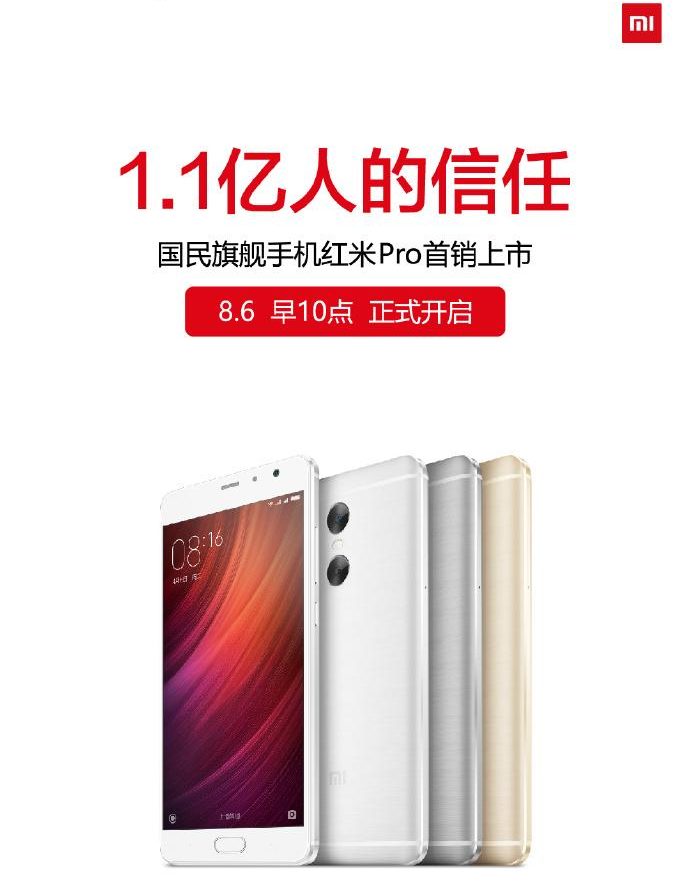 And yes, Xiaomi will not be holding any online flash sale for the Redmi Pro this time round as well. The device can only be picked up directly from Xiaomi’s physical stores in China.

Right now, there is still no news on when the Redmi Pro will head aboard but we do expect it to be somewhere during early September.

Meizu M1E leaked in its Black variant this time round