During the launch event of the Redmi 5 and Redmi 5 Plus earlier on, Xiaomi has revealed that the company had shipped over 27.6 million smartphones during the third quarter of the year alone. Compared to last year’s figure, this equates to an incredible growth rate of 102.6% – bringing the Chinese company to the fifth position in terms of global shipment volume for the third quarter. 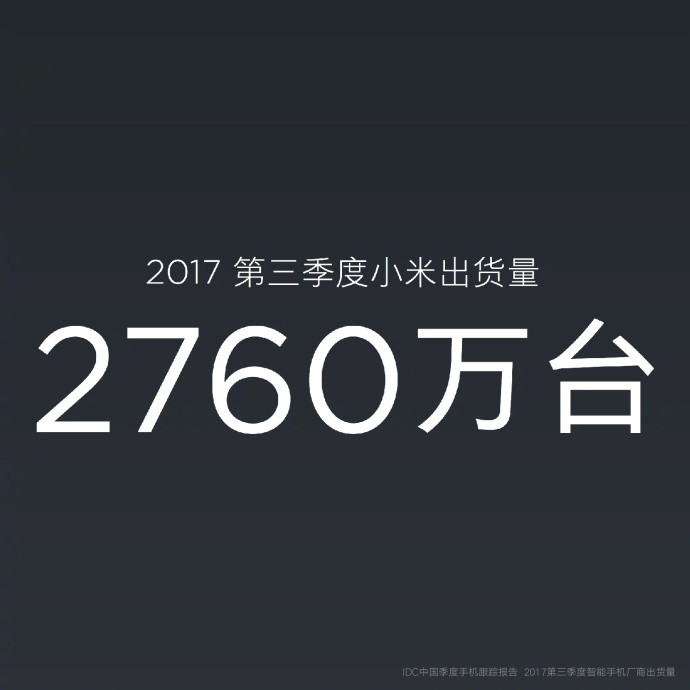 Company that are ahead of Xiaomi include Samsung, Apple, Huawei, as well as OPPO. However, in terms of growth rate, Xiaomi remains as the front runner according to Xiaomi’s co-founder Lin Bin. 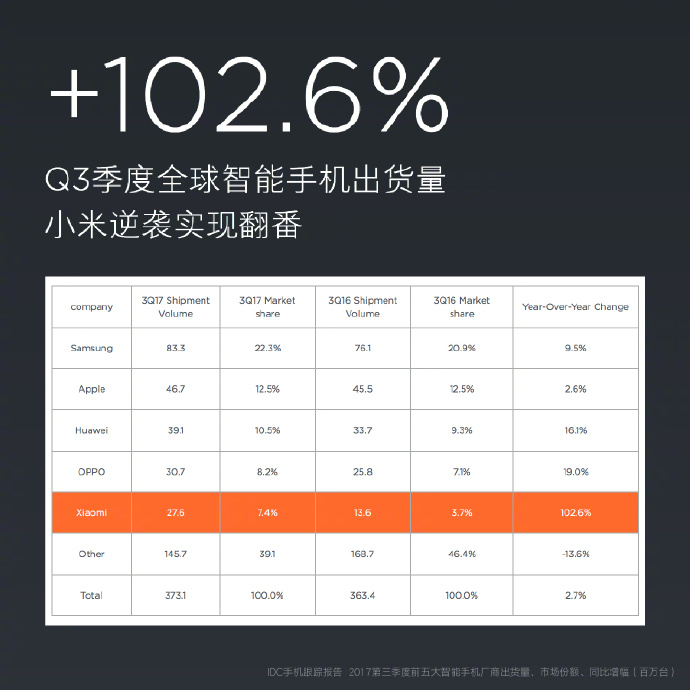 This however isn’t really something to be surprised about, given how much effort the company had put in for the past few years to design and revamp their smartphones to cater to the different ends of the markets. While the company’s flagship models are slowly catching up with other more prominent power house like the Galaxy S8, but its good to know that its pricing has remain competitive amidst the growing cost of unitizing better hardware components.

Apple iPhone 12 Launch Could be Postponed to November