ZTE has finally begun sending out invites for their press event on May 26th where they will officially announce their latest Axon 7 flagship. 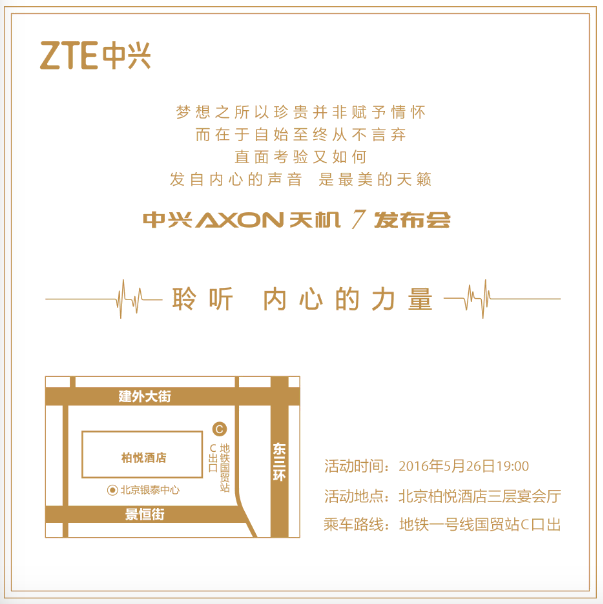 It remains a mystery when the Chinese company decided to name the Axon successor as the Axon 7 instead of Axon 2, but sources suggested that the company probably want people to see it as a direct competitor to the Galaxy S7 or the upcoming iPhone 7.

Some of the confirmed specs cleared by TENNA include a Snapdragon 820 SoC, 5.5″ QHD OLED display, 4GB RAM, 64GB internal storage, 20MP main shooter, as well as a 8MP font-facing camera. The device is also rumored to come with a price tag of $599.

Samsung Galaxy Note 6 to be released in August in the US?

Here are the upcoming smartphone launches for August