In October this year, Google is expected to unleash Google Pixel 2 smartphones. Rumors have it that the search engine giant may launch three smartphones this year. These phones are Pixel 2 (codenamed as Muskie), Pixel 2 XL (codenamed as Walleye) and the third one is codenamed as Taimen. The Google Taimen has now appeared on Geekbench to reveal its specifications. 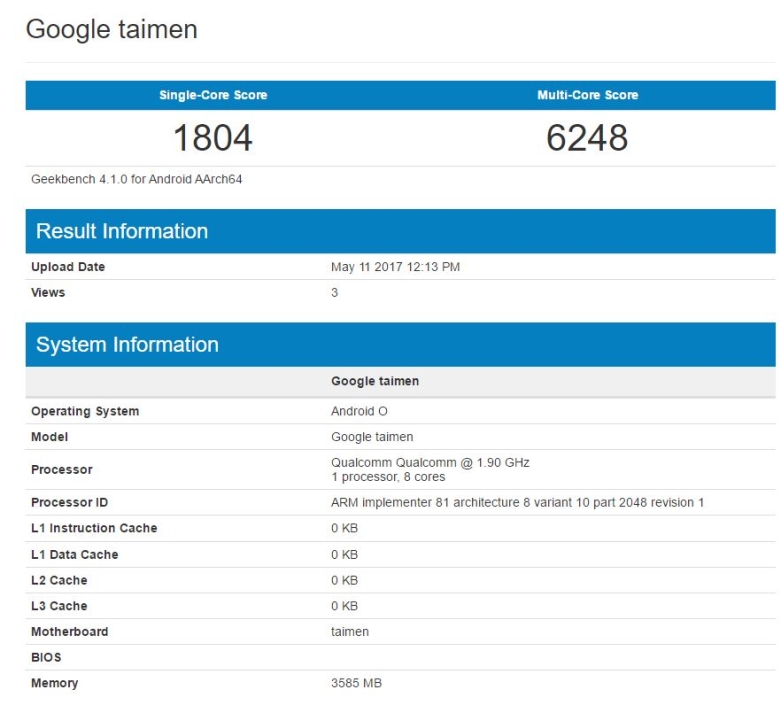 The Google Taimen is powered by Snapdragon 835 chipset and 4 GB of RAM. The octa-core processor of SD 835 running at a speed of 1.9 GHz. It is running on Android O, the Android version that will succeed Android 7.0 Nougat. The smartphone has scored 1804 points on single-core test and 6248 points in multi-core test.